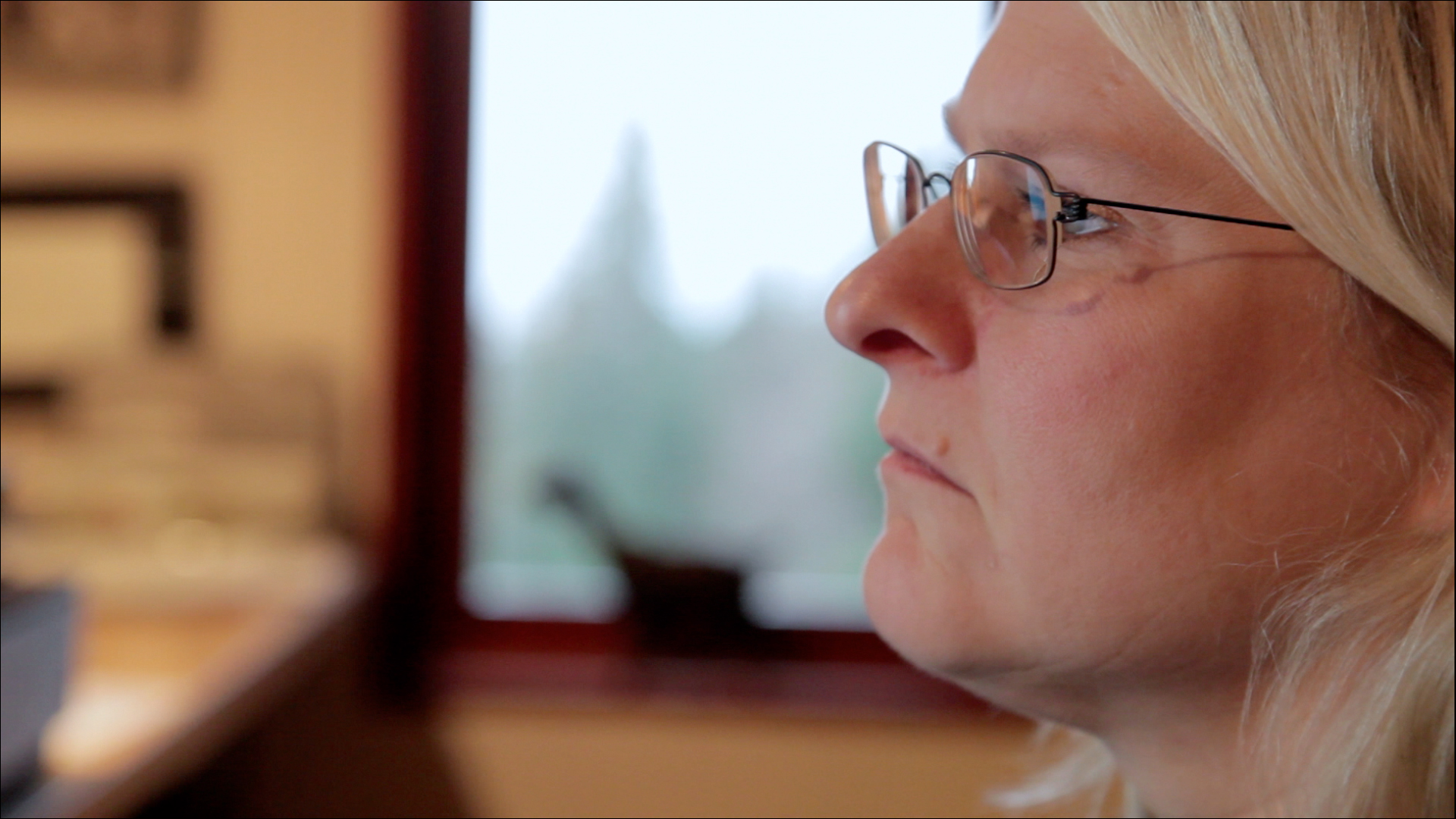 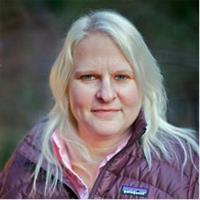 9/16/2011
Graphic designer Marian Bantjes has collaborated with numerous design legends, including Debbie Millman from Sterling Brands, Michael Bierut and Paula Scher from Pentagram/NY, Sean Adams from AdamsMorioka, and Stefan Sagmeister—all of whom are featured in this film. This Creative Inspirations was shot on location in Toronto, Vancouver, New York, Los Angeles, and Marian's home and workspace near Vancouver, where Marian shares her views on design and designers. We also visit her distinctive one-woman show at the Ontario College of Art & Design.

In Bonus Features, Marian talks about her creative process at the Ontario College of Art & Design in Toronto.

- [Marian] When I'm looking at a piece of mine, I want to assess it by: Is there a sense of wonder? Does it invoke curiosity? Is there a sense of joy? Really, my ultimate goal is to get people to notice it and to do a double take, to spend time with the piece. I think it's a really valid way of working, of capturing attention and interest and getting messages across as well.

- What's really fun about working with Marian Bantjes is that she has the capacity to surprise you. What she does is beautiful, but it's beauty the hard way. It really is. People can look at that and whether they like it or don't like it, whether they get it or don't get it, they can tell that someone really cared about this. - If you're forced to stop and really pay attention to something, it sticks because you've had to do work.

And that's where Marian's work, I think is so remarkable in terms of, you have to work at it. It invites you to work at it. It seduces you into looking at it and trying to figure out, how is this made? What is going on here? And the more time you spend on it, the more intimate you become with the piece, the more value it has mnemonically. Because she puts so much effort into it and it's so intricate, it sticks. - Marian has never been interested in financial success.

Oh beloved dentist, Your rubber fingers in my mouth, Your voice so soft and muffled. Lower the mask, dear dentist Lower the mask (audience laughing) So I am one of those people with a transformative personal story. Six years ago, after 20 years in graphic design and typography, I changed the way I was working and the way most graphic designers work to pursue a more personal approach to my work, to simply make a living doing something that I loved.

I left my company. I had a buyout from my business partner, and I had enough money to survive for a year. That year came and went, and I didn't get any work. However, I did start to get praise. I started to get emails from people saying, "Hey, I saw this. "It's really great." They still weren't saying, "We want to hire you," but least I was getting the feedback that I needed to know that I wasn't wasting my time.

When I was working with my design company, Digitopolis, I worked in the same way that most graphic designers work which is what I call a strategic model in that you don't have a particular style. Your job is to meet with the client, determine their needs, determine what is the right strategy for them, whether you're going to do a website or a brochure or whatever that is, and what is the right approach and the right look and all that other stuff for them.

I had already started making work for the company that was essentially a precursor of the kind of work that I do now. I knew that there was a market for it. I mean, people responded very well to it. But either due to the market in Vancouver or the type of business that we were in, we weren't really able to sell that to our clients. And so, I felt that I had this kind of split between what I believed in, what I thought was interesting, what I thought was progressive, the kind of work that I wasn't actually seeing in the marketplace, and the kind of work that we were doing which was very much divorced from me personally.

And I wanted to create something that would affect people in a stronger way. So I no longer meet with a client to determine their needs. I no longer deal with printers. I no longer do all those really difficult things. I let the designer do that. Um, that's what they get paid the big bucks for. And what I do is, they've made a strategic decision. Part of that decision has been, let's hire Marian Bantjes.

And I'm sort of a little bit more and a little bit less than what an illustrator is in that I often create custom typography. I'm sometimes asked to work with the layout as well as whatever it is I'm bringing to it. And on the less side, well, if somebody wants something, a picture of a cat, I'm not the person to come to. That's not what I do. - What she is doing is demonstrating that design can be personal, that you can have a personal voice in it, that it can be specific to one human being, not general.

She is doing something that only she can do, and illustrators do that. Her work is probably more akin to illustration in terms of how people hire her, because it may be that an art director or somebody who's already shaped something should be would hire her to do it. For example, my partner, Michael Bierut, hired her to work on one of his Yale posters because the subject matter required one of her Baroque forms of typography which she created.

She is really functioning to a degree like an illustrator. Now you can call that a graphic artist. You can call it just a graphic designer. You can it an illustrator. It really doesn't matter. It's that her work is so specific to her that she has a personal style. - Quite often I see people do something that's really unexpected because she'll do something unexpected. Just last week a student came to me and said, "I was thinking about Marian's sugar piece. "And it occurred to me, I didn't have to make this "with paper." I'm like, "Exactly.

"Yes, it's not all flat screen paper. "There's other options in the world." - I can remember a project that I worked on with her once where it was I thought I'd pictured in my mind pretty much exactly what I wanted. And I sort of said, "Marian, this is pretty simple. "What we need you to do is just something "that's like this that has these characteristics "and the rule of the game is it has to like line up here "and do this other thing and do that here." And as I recall, she actually did dutifully, I think as a favor to me, the thing I asked for.

And then she said, "Or you could do it like this." And then she did this completely other thing. And of course, that completely other thing is the thing that everyone loved. You can always tell when it's something that has someone's heart in it when they discovered something new while they were doing it. And I think the preferred option that Marian sent, which everyone liked, had that kind of light inside it that the thing she just simply did under orders from me just did not. And I think that's sort of why she'll keep moving forwards and why she'll kind of keep making discoveries, that she just resists the idea of kind of going on autopilot and doing that thing she knows how to do so well.