Choosing the right place to track 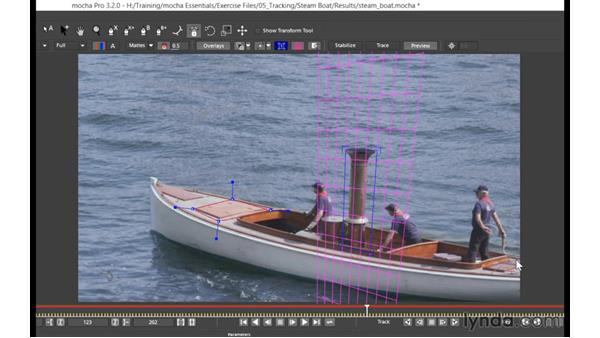 - Choosing the right place to track with the planar tracker might not be immediately obvious at the start, but pretty soon it's going to become second nature. So, let's take a look at our next piece of footage, which is the steamboat. And this is another JPEG sequence, so I can just select any of these images, hit Okay. And we'll just make sure mocha has the right setup. We're taking the whole frame range from one to 202. Frame rate is 25 frames per second. Pixel aspect ratio is HD, so square pixels, and no fields. So, let's hit Okay on that and take a quick look at our footage.

So we have our boat happily making its way across the water here. Mocha has a planar tracker, so it tracks planes. That doesn't mean we can't track boats as well. It means we have to track geometric planes. So, a geometric plane is an infinitely flat, 2D surface. Probably the easiest way for me to explain it is to actually show you what I mean. So, I'm going to come up to my New X-Spline Layer Tool, click on that, and let's create a new X-spline.

And I'm going to create it around this wooden area here. Now, for the top, I'm going to turn off Show Transform Tool, and I'm going to turn off my layer outlines as well, and turn on the surface. We will talk about what all of these things are in more detail. This just gives me the four corners that make up our planar surface, so I can just sort of drag those around. And I'll turn the grid on as well here. So, by placing my four corner points where I have here, I've actually defined a plane, a planar surface.

And that planar surface is the top of this boat. So, the great thing about this is we can stretch it out. Either way, I'm just dragging the ends of the surface over here. And you can see that extending out and fitting still across the boat. So, that is one plane that we have going on our boat, so this top area here counts as a plane. What we could also do, if I turn my grid off for a second at the top here, what we could also do is define the side of the boat as well.

So, I drag my four points over here, and we'll define a completely different plane on this boat here. And now, I'll turn my grid on, and that is now a plane that describes the side of the boat. Likewise, if I want to describe the chimney, going up here, let's turn off my grid so we can see what's going on and just place my points down here. Turn my grid back on.

Make sure that's all lining up. That's now a plane that describes my chimney. So, now, if we turn back on that shape that I've got, this shape that I defined here in the first place is not in the same plane as our chimney here. We would call these "non-coplanar surfaces," because they won't share the same sort of movement, whereas if I was to track this area here but want to use my tracking data over on this area, the back of the boat, because those two areas actually share the same plane, they're coplanar, so we can do that.

What will be a bad place to track, though... Add another X-spline layer over here. What will be a bad place to track is to do something like this. Let's just color code this up, so you can see that a bit better. Probably with a bright yellow. Because this area here takes on two different types of movement. It's got the movement of the side of the boat and also the movement on the top of the boat here. So, if the boat starts to twist and turn, mocha's tracker is going to get quite confused about what's actually going on in this shape, because these are two non-coplanar surfaces.

To fix this, we would either track the top plane of the boat here or we would track the side of the boat here. Both of those are valid options, whereas that is not. And let's try and track those through. I'm not going to look at changing any of the tracking parameters beyond their default. I'm just going to track this through as it is. Let's come back to our first tracked frame. You can see that it's tracked through the chimney quite nicely.

So, when choosing your tracking areas, the most important thing is that the shape you're choosing is a planar shape, and pretty much everything in it is going to be coplanar. So, instead of taking a shape like this, which goes across multiple planes, bringing that down to choose just the one plane, if that's what you're trying to track. Nothing we want to do is want to avoid areas where there's a lot of movement going in and out, if we possibly can. We do have techniques for dealing with that, but you want to try and make your life as simple as possible. So, if one of the sailors was to walk in front of our chimney here, instead of describing the whole shape up here, what I would then decide to do, I'll try and choose a smaller area here where the sailor wouldn't go through or where it wouldn't be as disruptive.

But a lot of things that would often be troublesome for regular point trackers, so things like noise or motion blur or smoke or certain light changes, you know, these aren't going to be as troublesome when we start diving down into some of these other parameters. So, the most important rule for us is actually just to find something that is coplanar with the area that you want to get tracking data from. 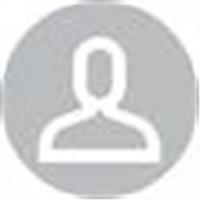