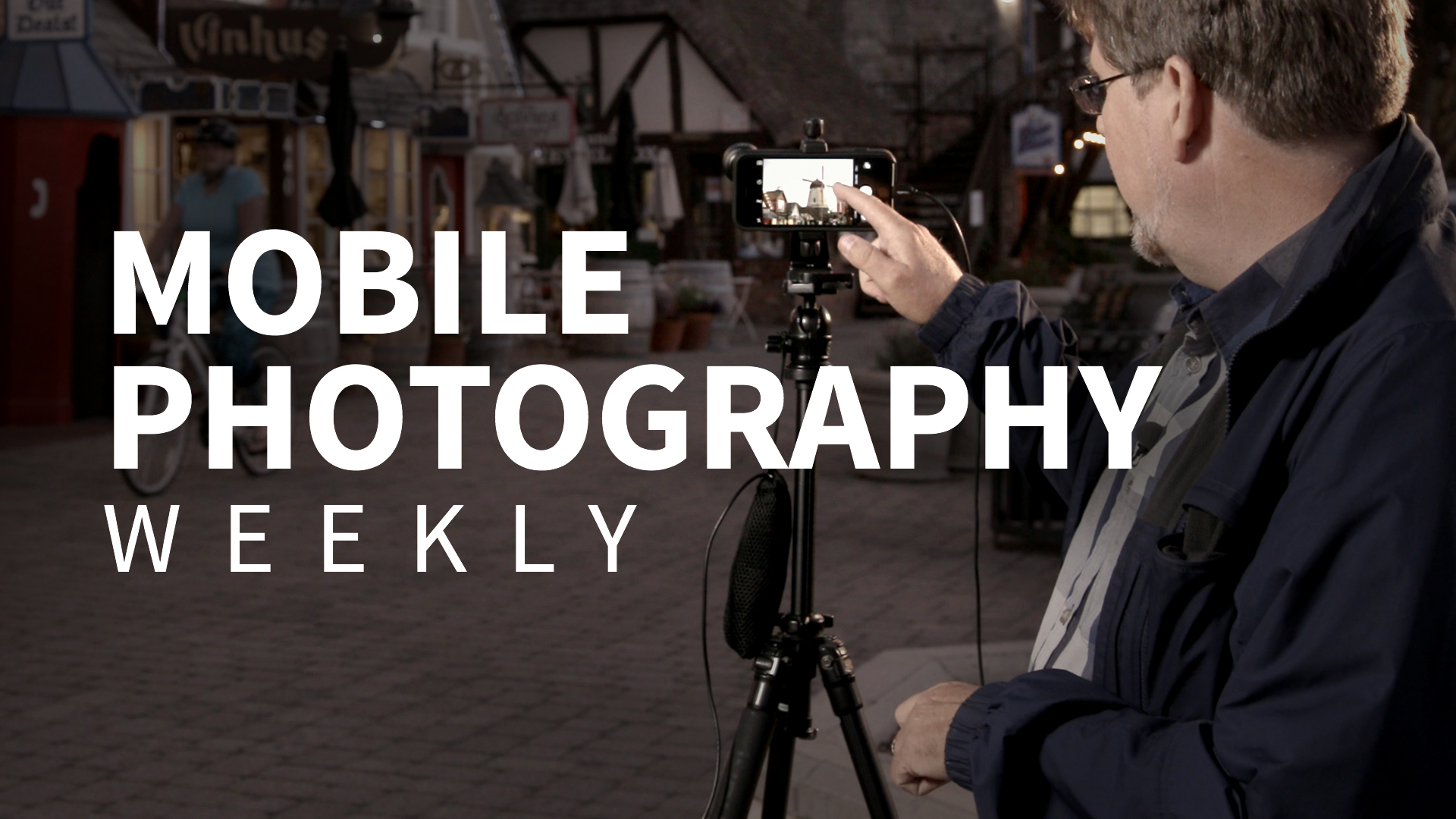 Join Seán Duggan for an in-depth discussion in this video Video editing with Kinemaster, part of Mobile Photography Weekly.

- [Instructor] This week on Mobile Photography Weekly, we're gonna take a look at a video editing app called KineMaster that offers a lot of features for mobile video editing. KineMaster is available for both Android and iOS, let's check it out. So, if you tap on that pink plus button, you can start a new project. In the Android version of the app, you can start with an empty project or you can use the Project Assistant, which provides some easy-to-use templates, different themes, and fun transition effects for creating short videos.

I'm just gonna tap on a project that I already have started here, so I'm gonna tap on that one called Vacation Time. And I can play it here to preview it, duplicate it, trash it, or I can tap the pink button to go and work on further edits. In the main KineMaster screen, which is what we see here, you can tap on that pick aperture button to open up the in-app video camera or you can also import clips from your Gallery or your Camera Roll by tapping on the Media button.

As with a lot of video editing apps, if you want to scrub through the timeline, just drag on the filmstrip there and you'll be able to see all your different clips. If you wanted to trim a clip to adjust its time, just tap on it to make it active, and then there's a little handle on the end and you can drag on that to adjust the timing and length of the clip. If you want to make the timeline a little bit smaller, you can use a two-finger gesture and pinch it together and make it a lot smaller.

You could also rearrange the order of clips just by pressing and holding on a clip, and when it lifts up there, you can then drag it into the position where you want it. Let's start off by adding a transition effect between the first two clips there. I'm gonna tap on the plus symbol to bring up my Transition menu, and there are a lot of really interesting transition effects in KineMaster. I'm gonna choose the Text Transition, and I'll use Split Title. Since this is the first clip in the video, this'll also serve as a title.

So, I'll tap to edit the title text, and I'm just gonna call this Vacation Time. Gonna tap on Text Color and let's just make that a bright yellow. And finally, let's adjust the timing of this. Let's make it about three seconds. There we go, that's good. We'll tap the check mark up in the upper right to apply that and let's just kinda go back into the timeline a bit and play that.

Yeah, that works very well as a title. Alright, let's pause that and let's go and add another transition. I'll tap on the plus symbol between the next two clips, and let's just go down and choose this Travel theme. This is kind of a fun one. I like that plane going by. Again, let's make that a little bit longer and we'll tap the check mark to apply that, and let's role back and see what that looks like. Nice. Alright, so next, let's tap on this still photo.

I'm gonna make it a little bit longer, so I'm gonna drag it out a bit. So, you can see that the photo does not fill the frame, so let's go into the Cropping option, and that's over there in the upper right. And KineMaster has a really cool feature where you can have a Starting Position and then an Ending Position of a still photo. So, you can kinda create a Ken Burns-type effect. So, you can start zoomed in and then zoom out or vice versa. I'm gonna use a two-finger gesture and zoom up on this image of the beach umbrella, just to create a new starting position.

So, we'll let it settle there. Let's come up a little bit more here. Alright, that looks good. Now I'm gonna tap on Ending Position and I'm just gonna double tap on it, which will cause it to fill the frame. And that's all I need to do, I'll tap the check mark up in the upper right, and again, let's come back through here and see what that looks like. Yeah, that works out really nice.

Gonna just adjust the timing of that. It's maybe a little bit too slow, and let's see what that looks like with the adjusted timing. Yeah, that's a little bit better. Alright, let's go down and look at something else. Another thing that you can do with KineMaster is you can add a layer. So, if I tap on Layers, you'll see I have a variety of different types of layers that I might add. I actually already have one down there, and you can sort of see that underneath the filmstrip there.

I'm gonna tap on this, this is a still photo, and I've already turned the opacity down, just to kinda temporarily hide it, but let's turn the opacity back up so we can see what that looks like. And so, Opacity is one of the options that I could apply here. Have that down a little bit, something like that, maybe. And there are other options in there as well, including Color Filters and Image Adjustments, Cropping, things like that. Two things that are missing that I would really love to see are blending modes and the ability to apply a mask, both of which are really useful for video compositing.

So, if I move this layer, I can have it aligned with this other clip here. And as we scrub through this, it just gives you an idea of some of the effects that you can create there. Alright, let's go to the front of the video and let's add one other type of layer, which is pretty cool. I'll get a video for this, and I'm gonna get this video that I shot against a piece of green poster board. So, this is kind of green screen on the cheap, is what I was doing here with this because this app has a green screen effect, also known as chroma keying.

Let's just get that adjusted there. Alright, there we go, that's fine. So, the track is active here. If I look in this menu here, you can see right in the middle there is Chroma Key, so we'll go into there, we'll enable to Chroma Key, and now we just need to modify some of these sliders to get it to show up. So, there's the watch showing up, and there it is showing up better, but that's too much green, so it's a little bit of a back and forth until we get the right effect.

Now, if you wanna see what's going on, tap on Show Mask and then you can see this. Ideally, what you want is the background, which is all green, to be black in the mask, like that, and then the watch to be white, or whatever subject you have photographed there. I'm gonna tap the check mark and we'll see what that looks like. So, the nice thing about this, let's actually put a fade on it, we'll do an In Animation of a fade, the nice thing about this is that you can do green screen on your mobile phone.

Pretty cool. And let me actually make that active and move this around so it's not interfering with the title, and we'll see what that looks like. And I like the fact that the watch really kind of fits thematically with Vacation Time, so that works really well. If you need to export the video, there's your Export button, and there's a variety of video resolutions and frame rates.

KineMaster is a free app, but the free version will apply a watermark to your saved videos. You can see that up there in the upper right of the preview there. You also don't have access to all of the features in the free version, and there are some ads that show up now and then. To upgrade the app and remove the watermark as well as the ads and unlock access to the premium assets, tap on the trashcan icon next to the watermark and you'll get a screen that'll give you info on their subscription plans.

If you're a casual user of this type of video editing software, you may choose to stay with the free watermark version, but if you're doing a lot of video editing on your mobile device, then the cost may be worth it, given all of the features that this app offers.