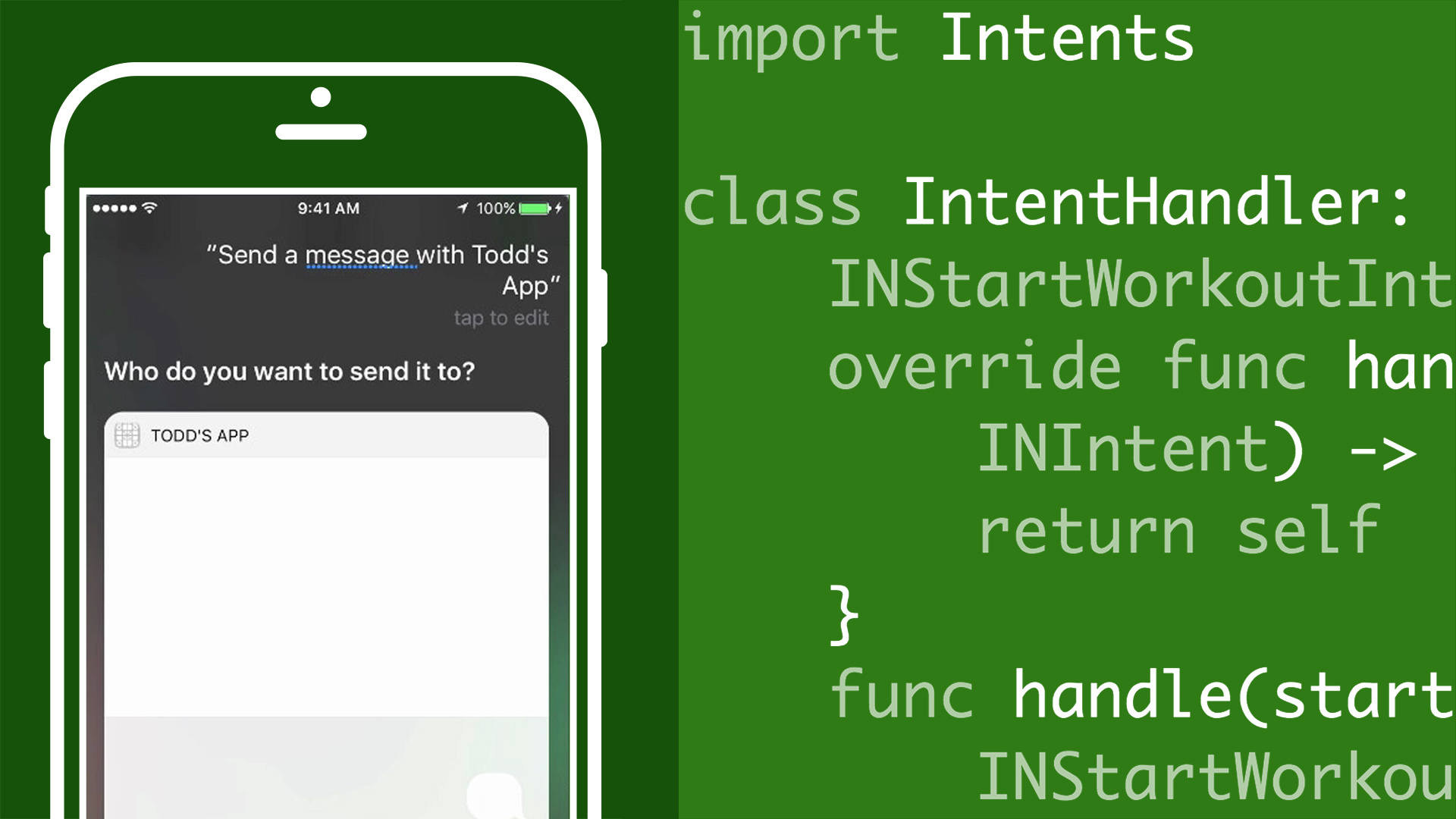 3/7/2017
Discover how to use SiriKit to integrate an iOS 10 app with Siri to allow users to interact with the app with their voice. In this course, learn how to add Siri support to your apps. Follow Todd Perkins as he dives into the fundamentals of SiriKit. Learn about the limitations and possibilities of Siri, the SiriKit and Siri workflow, and how to update your project settings to support Siri. Todd goes over adding voice control to send messages and payments, and how to either accept data that Siri receives from a user or request more information. Plus, discover how to use data received from Siri in your full application, and review Siri support in photo apps, VoIP calling apps, ride apps, and workout apps.
Topics include:

- [Todd] Hi, I'm Todd Perkins. Welcome to this course on developing for SiriKit. This course is focused on adding Siri support to your existing apps. We'll start with the basics about SiriKit, what its limitations and possibilities are, the workflow for implementing Siri in code, and how to update your project settings to support Siri. From there, we'll look at adding voice control to send messages and payments. We'll go into detail about how to react when Siri receives data from a user, and how to either accept that data or request more information.

After that, we'll discuss how to create customizable user interfaces that are presented by Siri without having to open your app. We'll then look at taking data received from Siri and how to use it inside of your full application if necessary. We'll wrap up by looking at Siri support in photo apps, VoIP calling apps, ride apps, and workout apps. So let's jump in!