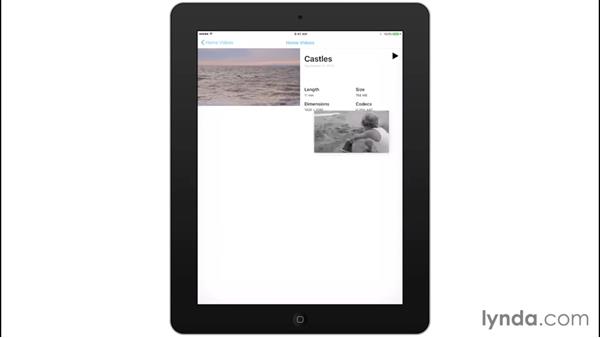 Join Nick Brazzi for an in-depth discussion in this video Playing video in Picture in Picture mode, part of iOS 9 New Features.

- In this movie, I want to talk about…another feature that falls under the…category of multi-tasking.…The picture-in-picture video playback feature.…This feature requires a lot of power,…so it's only available on the iPad Air 2,…the iPad Mini 4, the iPad pro, and presumably…any new iPads released in the future.…To see this, we need to start in an app that…features video playback.…Now this is not going to necessarily work for…all video playback on your iPad.…You''ll find that a lot of videos embedded on a…webpage will not work,…and there are some apps that are able to…play video, but do not support the…picture-in-picture feature.…

But keep an eye out, because app developers…may update their apps in the future…to add support for this feature.…So let's go into an app that we know will support…the feature, and that is the built-in…videos app here in iOS 9.…So you can see, I have a collection of videos here.…So I'm going to tap on one of them,…and it'll start playing.…Now you're going to need to see the on-screen…controls, which of course will fade away…