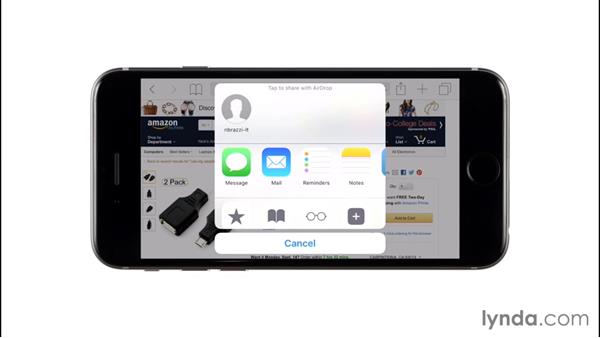 Join Nick Brazzi for an in-depth discussion in this video Exploring new options in Safari, part of iOS 9 New Features.

- In this movie we'll take a look at a bunch of new features…in Safari in iOS9.…Including viewing the desktop version of a website,…searching for items on a page, some sharing options…and saving a page as a PDF.…I'm still using an iPhone but I'm working in the landscape…orientation because in a minute it's going to be easier…for me to see some things on screen…in the landscape orientation.…I want to do a little shopping, so I'm going to go to…Amazon.com and I'm going to start browsing around.…

Because I'm in landscape orientation, the share menu…is in the toolbar up at the top of the screen.…