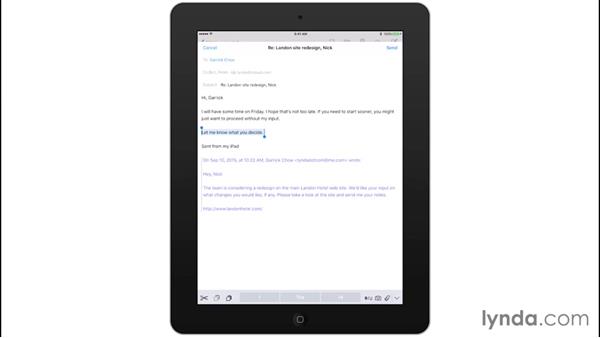 - IOS has supported Bluetooth…wireless keyboards for a while.…But IOS 9 adds support for lots of additional features…on Bluetooth keyboards.…Including support for more keyboard shortcuts…that you might use on your computer.…I'm going to start by going into Settings on my iPad.…Then I'll go to the Bluetooth section…because I want you to see that I already have…a Bluetooth wireless keyboard paired with this iPad.…So now, if I go into an app where I might type in some text,…for example, if I go to Mail,…I can continue this email message…that I was working on before.…