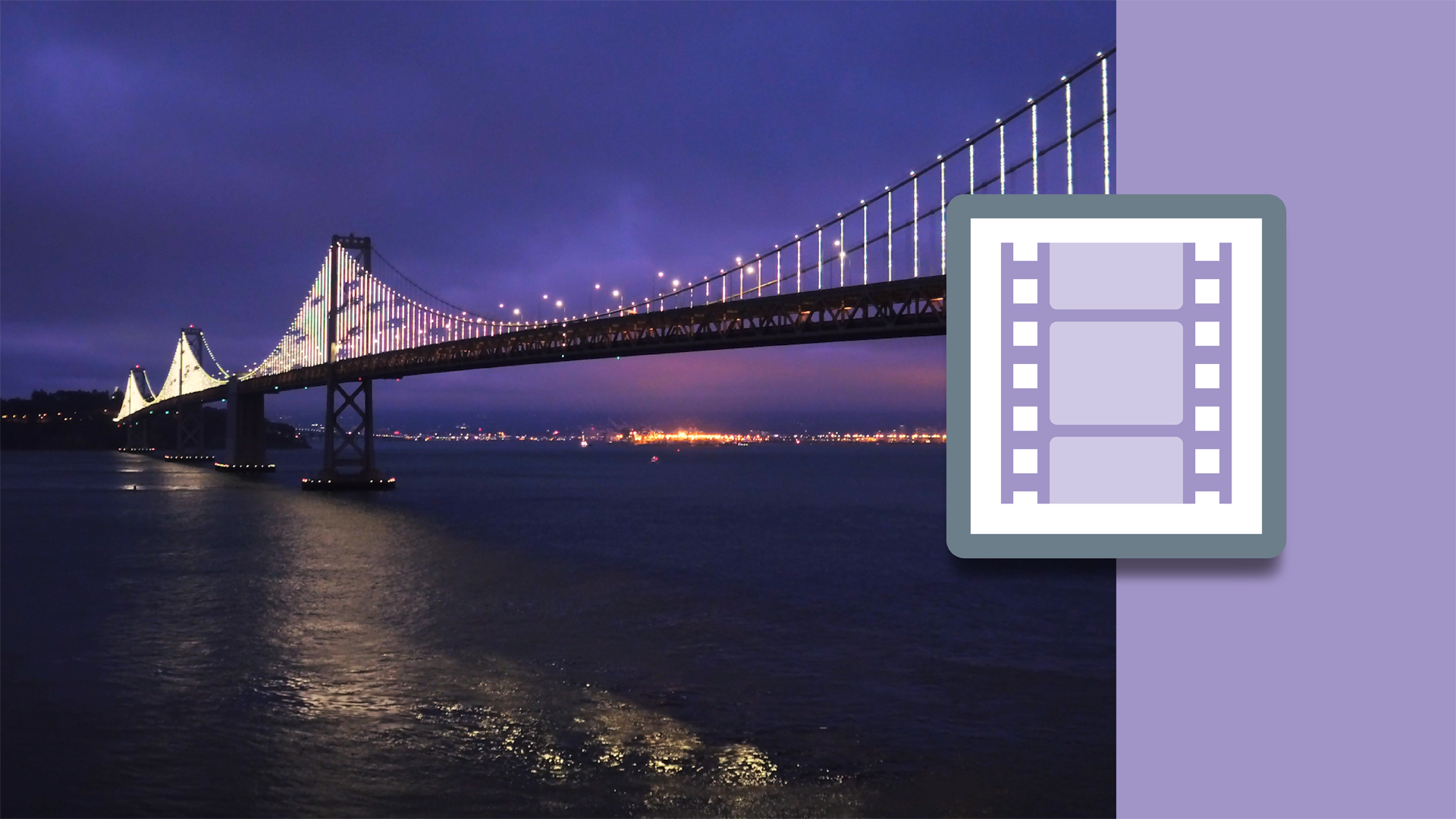 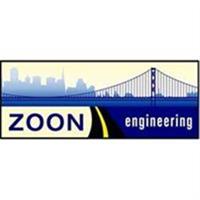 9/14/2016
Zoon Engineering is responsible for many signature projects in the San Francisco Bay Area, including the Bay Lights—a feat of engineering involving 300 suspender cables, 25,000 LEDs, and 100,000 feet of wire. Zoon founder Nabil Hissen and his partners use tech (like 3D modeling) and time management skills to resolve construction problems before they start, and collaborate with designers, regulators, and city officials. But what do they look for most in young engineers? People skills! In this short documentary, Nabil, project manager Saeed Shahmirzai, and Zoon's engineers talk about some of the challenges and highlights behind their biggest project ever, and explain the diverse skills it takes to join a premier firm like Zoon.

(electronic music) - The concept of Zoon has always been that I wanted to form an organic company. We pronounce it wrong. It's not supposed to be pronounced Zoon. It's actually Zoh-on, and what that means is it's many different cultures that are formed of the same embryo, and so that concept of diversity, that organic concept, is really in the name, and it's in the culture that we've created. (electronic music) - Having a diverse team involved in a project is extremely important.

In our industries, that's, it's really a requirement is that we are holding those groups together. That's the most important thing that the project manager, construction manager does is to unify and integrate all these various groups for the good of the project. - The project manager role starts from the beginning of the project, when the project is in its infancy, so you work through project development, project design, any permitting that is required from environmental agencies, or other regulatory agencies, and then you'll put a design team together to design the project, and then you'll come up with a project estimate, you know, and each item of the work, how much it's gonna cost, have your budget, have your contingency budget, so you put that package together, and you turn it over to the construction manager.

- The skillset that I rely on the most is communication. Whether that be out in the field, or with other project managers, what I try to do is unify the communication between operations in the field, and management operations, and try to bring it together. - Being a smaller company, you need to be able to be diverse in your abilities to jump from one task to another, so we sort of do a little bit of everything. - Construction manager, what it does at the very beginning of the job, we have, we call a pre-construction meeting, that utilize all the stakeholders, so everybody gets involved at the very beginning of that meeting.

You know, you establish a line of communication between different parties, and then, based on the project plans and specifications and estimate, you start basically running the day-to-day operations, with a contractor, working with a contractor. (dance beat) - We've been involved with the Bay Bridge, we've been involved with the Bay Lights Project, Caldecott Tunnel, high-speed rail, so really some very signature, very key projects in the Bay Area.

(dance beat) - The Bay Lights Project originally was an idea by Mr. Ben Davis, the visionary behind Bay Lights Project, as a way to celebrate the 75th anniversary of the Bay Bridge. (dance beat) I happen to be involved on the (mumbling) the Bay Bridge as a coordinator for all the electrical work. First, I got involved just to make sure that the Bay Lights idea is not gonna impact any structural components of the bridge.

(dance beat) For us to go and talk about what we're doing, and just, wave our hands, and explain it< it was difficult, so (mumbling) I bid to do a rendering of the project. (dance beat) We used this 3D modeling tool look at certain areas of the bridge, and find out where we have conflicts. It helped us develop a way to install these enclosures into certain areas, by looking at these 3D renderings, making sure that it works out.

(electronic beat) - The project brain center is under anchorage of the bridge, which inside, is as big as a football field, and inside there is where our power center is. It's highlighted in yellow. Then we come up to these boxes that you see highlighted behind the rail, where our enclosures are for the fiber switches, and the power and data supply boxes, and from there, then we bring the power and cat VI to the fixtures that go up to the cables.

We had about 300 suspender cables on the bridge, on the north side of the bridge. The cables are sequenced, you can see they're color coded, and then, the fixtures come in through maximum of 60 fixtures per strand, so on the tall cables, we saw about 250 tall, we have four set of fixtures. The fixtures are custom-made, fully molded. They've been through extended testing phase, and I did my own low take test in my office. I actually grabbed the strength lights, and sunk it into a bucket of salty bay water for six months in my office, and plugged it in, and it worked flawlessly, so it has passed all the tests.

But that basically lays out everything that we have, all 25 thousand LEDs, all 700 boxes for the enclosures, and all hundred thousand feet of wiring that we have on this project. (electronic beat) - Typically, you're building a three-dimensional object, but you're reflecting it in a two-dimensional set of plans. It's all on paper. With 3D modeling, all of a sudden, you're able to resolve conflicts before you get to construction. A lot of the issues are that when you put things on 2D, you miss something.

- For the Bay Bridge, we used this 3D modeling tool look at certain areas of the bridge, when we have a lot of conduits going through this structure of steel, and find out where we have conflict. Obviously, with a suspension bridge, expansion, contraction with the cable are a big deal, and we knew that they are gonna expand in the summertime heat, and contract during the winter, so we wanted to make sure that our lights are attached to the suspended cables in a way that they can move freely, so the idea that we came up with was attaching the strands of lights with zip ties, and especially, design clip that would allow for expansion and contraction of the system, and then, all the other components are attached to the structure by U-bolts, so it doesn't impact the components, so there is no drilling, no welding, nothing that permanently affect the structural components of the bridge.

So, this package for that one cable comes in one pallet. They are preloaded with our specially designed clip, and UV rated zip ties, with the steel grip, so that they can last for the ten years that we have, and the electricians, they go from the cable, and come down and attach these every six inches to the suspender cable, attach the leader cables as they're needed for the higher cables, bring them down, hook them onto the enclosure, and Bay Bridge carries about 280 thousand vehicles a day, so closing the lanes during the day, during the commute hours is not an option, so productive work, essentially, starts at 11 o'clock at night, and by five AM in the morning, we have to be completely off the road.

That means the last cone has to be picked up, 'cause if you're not picked up by five o'clock in the morning, we get fined $10 thousand for every ten minutes, or any fraction of, so if you're one minute late, you still get $10 thousand fine, so it's very important for our field engineers to make sure that they check your production rate of the operation along with every else they need to check for quality control, or quality assurance. That's when, you know, their engineering skills come to play, that they need to calculate how much more time you need to finish unloading this truck, roll it, wait for it to cool off, so we can open up the traffic on time.

This is very important for young engineers coming out of school to get that field experience, so they know exactly how everything that they learned in theory, how is it really done in the field. (upbeat alternate rock beat) - Maybe having them negotiate a change order with a contractor, or having them work with an agency, a regulatory agency like Fish and Game, or EPA, or Fish and Wildlife, or whoever it may be, and have them understand that people in this industry are very important.

- These are the people that they're gonna be around every day, and if you don't get along with them, or if you don't click with them, that's gonna be a long 20 years, so... - As engineers, and I am a civil engineer, and that's my background, we go to college, we go to school, we learn a lot of the technical items that we need to learn about. You know, structures, and soils, and hydraulics, and hydrology, and all of that stuff, and that's important. Don't get me wrong. We all need to understand the environment that we're working in, but I feel that the area that is deficient in our industry is people skills, and that we don't learn at school, and so, if I were to change maybe something in the way engineers are educated today, is I would teach them more team building, partnering skills, communication skills, so that they can be ready for what's out there for them once they graduate.

- In construction, every day is different. You know, you go to work, today is different than yesterday, and tomorrow will be something different, so you never get bored. - It's always a surprise. Waking up in the morning, and finding out what this company is gonna do is always a surprise to me, and it's a thrill. The day that I start planning where Zoon is gonna be in six months is the day that I need to retire. As long as we're having fun, we're enjoying it, we're doing good work, we're adding value to our communities, we're adding values to the projects that we're working on, then, I'm satisfied with it.