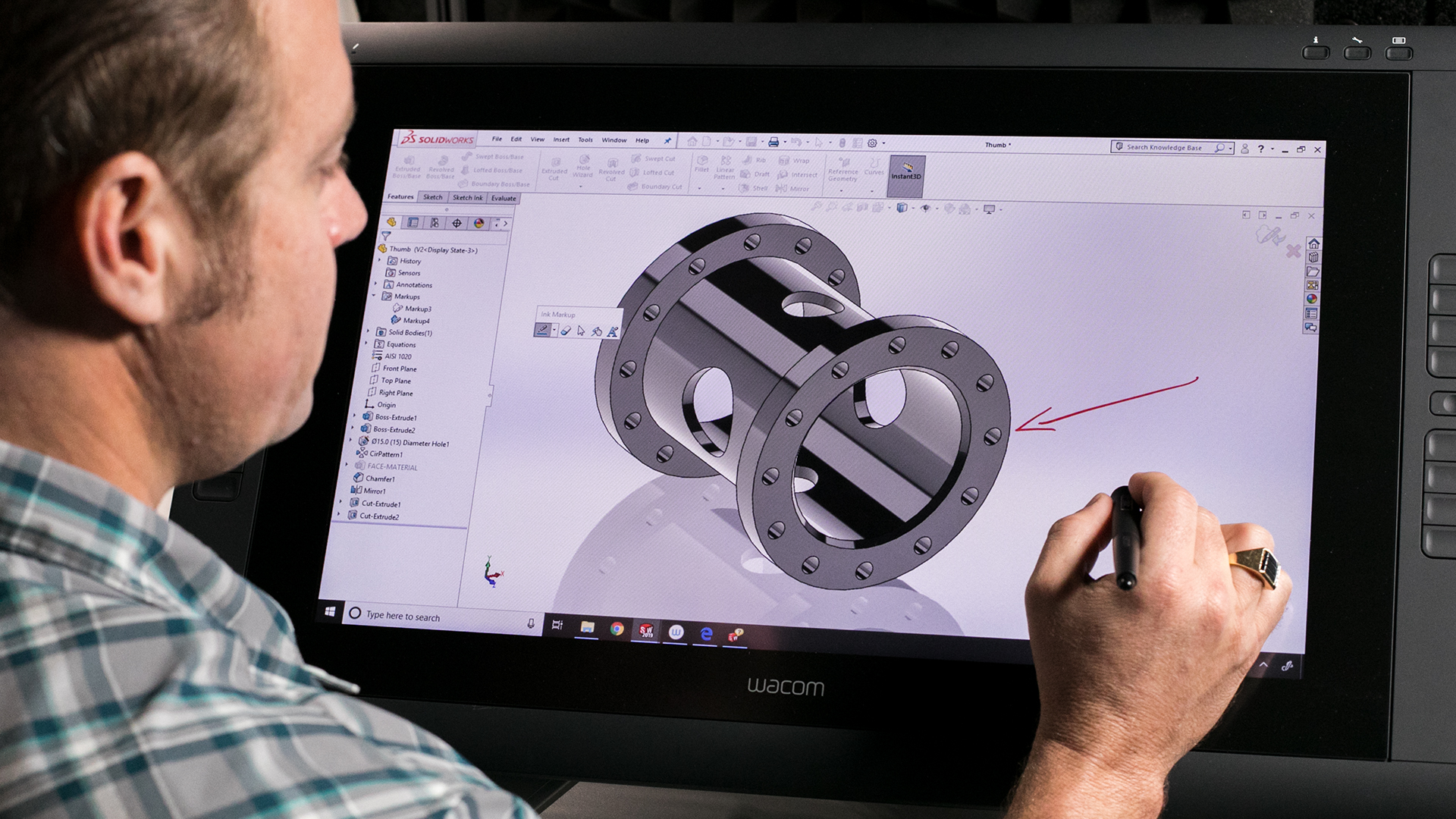 Learn how to work with subassemblies.

- [Instructor] In this movie, we're going to be talking about building subassemblies inside of a top level assembly. Now, right now on the screen, I have a simple assembly of two components, and I want to to build an assembly of this assembly. So you can do that by going up here to File, and say Make Assembly from Assembly. Alright, I'm going to go ahead and choose that default template, click on OK, and go ahead and click on the green check mark to place that first subassembly into my now top level assembly. Alright, now if you want to bring in more of these subassemblies, you can easily do that by holding down control and just dragging another one in from the feature tree over here.

And notice you get two now. Or you can come over here to the right, click on the File Explorer, you can go over here and take a look at the Desktop for instance, Exercise Files, you can come down to the chapter that we're in, which is Chapter 11. You can come down here to Chapter 11_4 and then here's all the components, right. So, if you want to bring any one of these components in, you can just click on it and you can see a little preview, and you can just drag that in. So, you can drag in components from the file system without actually even opening the components, which makes it really handy.

Another cool thing about having a subassembly inside of a top level assembly, is anything that happens to this original assembly will automatically propagate through to all the different components that are in that assembly. So, if I go back over here to that other assembly, here it is right here, and if go back and I add in something to that assembly. So, down here, let's go ahead and choose one of these other components. We already have that component in there. So, let's go ahead and let's bring in this piece here. Alright, let's go ahead and mate that together. So, I'm going to say the outside of this, mated with the inside of that, and go ahead and slide that over here, and then mate this side to that side.

And the general rule of thumb, is when you're adding subassemblies to the top level is, build it the way you would build it in real life. So, if you have a whole bunch of components that would probably be assembled ahead of time in real life, and then installed into a top level assembly, that's exactly the same way you should build it in the computer. Sometimes, if you don't do it that way, you end up having to do a lot of extra work on your top level, because you end up doing assembly operations repetitively, because you're really combining the same components over and over again, when you really should be creating a subassembly, and then just bringing that subassembly into the top level here.

If you click on the twirl down, you can then see that, that subassembly's inside of there, as well as that component, and then can save the subassembly out to the file system, if you'd like to by right clicking on it, and then selecting Save Subassembly or Save Assembly here, in External File and that will save it. Otherwise, it's just a virtual subassembly in this top level and totally fine. And by accident, if you did create a subassembly, you can also just right click on it, and just say Dissolve Subassembly. You can easily do that right here as well. And now you're back to where you were. So, you have a whole bunch of options for working with assemblies, and subassemblies, and bringing in parts.

It's definitely recommended to try to create as many subassemblies as needed, so you're not doing a lot of repetitive work in you're top level assembly.

10/31/2018
SOLIDWORKS is 3D CAD software that can speed up your design process and make you more productive—enabling you to deliver innovative products to market faster. In this course, Gabriel Corbett teaches you the essential tools and techniques necessary to create parts, assemblies, and drawings efficiently in SOLIDWORKS.

First, see how to create two-dimensional sketches that become the foundation for 3D objects. Next, look at extruding and revolving 3D features; creating complex objects using the Sweep, Loft, and Surface tools; and modifying parts. Find out how to create uniform holes with the Hole Wizard, and explore more advanced modeling techniques using equations, mirroring, and pattern tools. Then review best practices for putting parts together in assemblies. Finally, get tips for creating detailed drawings, complete with an itemized bill of materials.

Along the way, Gabriel highlights new features from the 2019 release, including Sketch Ink, which enables pen and touch markup and model manipulation using gestures, and the updated project curve and slice tools.
Topics include: