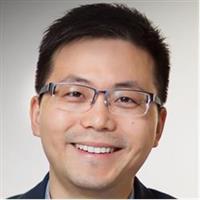 4/19/2017
The Internet of Things (IoT) has been significantly driven by the increasing number of networked devices with ubiquitous wireless connectivity. Low-power wireless networking is one of the most important connectivity technologies required by today's IoT systems, ranging from smart home appliances to smart city systems. In this course, explore the key technologies and foundations of low-power wireless networking for IoT.

- We're living in the era of wireless connectivity. Where smart devices can easily talk to each other through networks of different scales. Hi, I'm Ryan Hu. I'm a professor and professional engineer. In this course we're going to explore the foundations and E-technologies of low power wireless networking for the internet of things, also known as IOT. We'll start with introduction to the IOT, and the low power wireless networking technologies.

We'll explore some popular platforms with related considerations. Low power wireless connectivity is very important to a broad spectrum of IOT applications ranging from wearable devices, home appliances, to smart-city systems. And is predicted to enter into nearly all aspects of our everyday lives. I'm excited to share this vital information with you. So, let's get started.