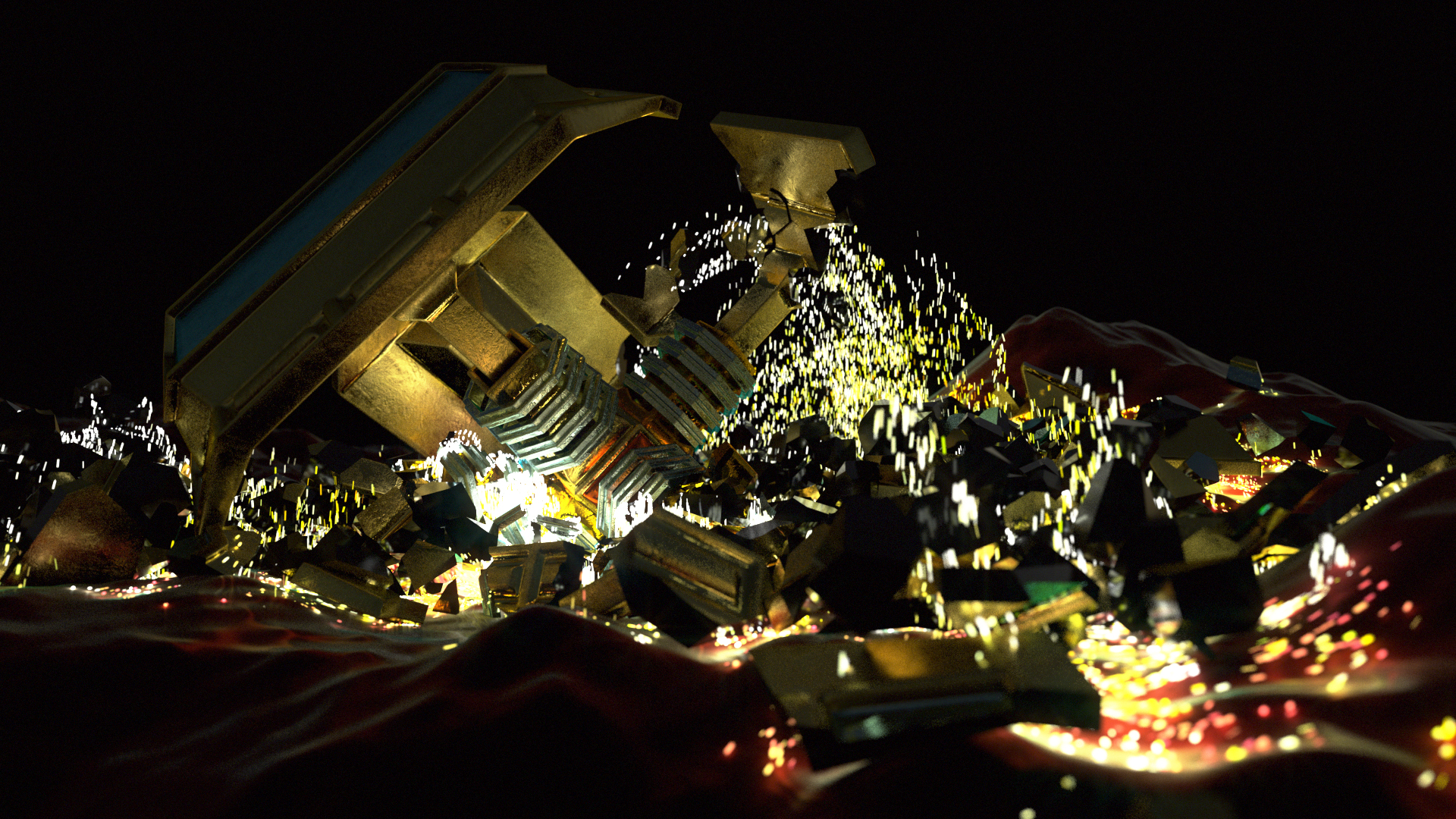 - [Instructor] This course expects that you have a bit of Houdini experience already, but if you haven't ever used Houdini Particles before, I'm just gonna give you a really quick overview of the basic pieces involved so you have a sense in your head of the flow chart of the different contexts involved and how data is gonna be flowing around in our scenes. So in our network area, I'm just gonna make a sphere. I'm gonna lay that down, and now I'm gonna go to the particles tab, and just hit source particle emitter. And you can see already now we're in another network that automatically creates this auto.network with a bunch of different nodes in it.

I'm gonna hit the U key to go back up, and you can see two other things. We've got the sphere that we made, the autodot network that gets created automatically, and then this other geometry node called source particles which is really just sourcing the particles out of the dot network, basically is retrieving them out. 'Cause really the workflow is we're creating geometry specifically for particle emission, sending that into the dot network where the simulation happens, pulling that back into sops, caching that out as points, so we don't have to be resimulating our simulation all the time.

And then doing a bunch of work to get that to be exactly what we want up unto point of render. So now if I zoom back a little bit, and I hit play, we can see that we've just got a bunch of particles falling off this sphere. There we go. If I go into my autodot network node, you can see that there's a pop source which is sourcing from that sphere, and that automatically kinda just scatters points on that thing, and you can see we have a gravity node here that's pulling these points down with gravity. I'm gonna turn on the clock here so it's actually real time. Play this back and there we go.

Now we're not gonna be doing particle systems quite like this where we're just kind of like throwing particles on arbitrary geometry. I've built a bunch of different scenes where a very specific geometry that's been designed for particle emission that might have certain attributes on it or with just certain points of a piece of geometry 'cause a big part is about creating good source geometry and thoughtful source geometry to source all those particles from. So we're gonna be doing a lot of cool custom stuff that's really sort of like comes from a bunch of production experience that you're gonna be able to apply to your projects, and it's gonna give you a lot of control over how your particle systems work.

Okay, so this is just a broad stroke overview of how particles work in Houdini, and now we're gonna dive into our first chapter and just get headlong into learning about how to use particles and sprites in Houdini.