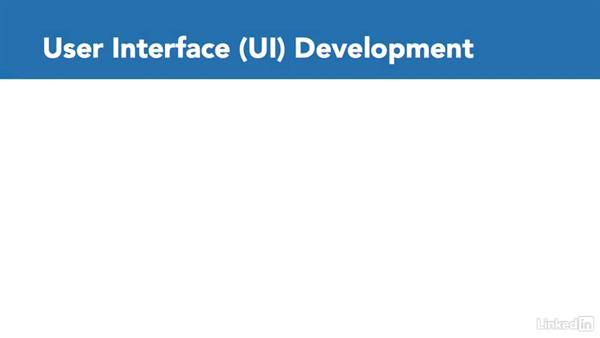 What is Xcode? Coming into this course, you may be wondering this exact question. In this movie, see what Xcode is and why it's an excellent choice for developing apps for all of Apple's platforms.

- [Instructor] So what is Xcode exactly?…Xcode is an integrated development environment or IDE…for making iOS, macOS, watchOS, and tvOS apps.…In short, it's an app for making apps.…Xcode is a code editor that supports several languages.…It's a user interface development tool for apps and games…and it's officially supported by Apple…for the development and publishing of Apple applications.…

As far as being a code editor,…it supports Swift 3, Objective-C, C/C++,…and other programming languages.…It's an excellent code completion tool…for both existing and your own custom frameworks.…It allows for quick prototyping…through a feature called playgrounds.…When it comes to user interface development,…Xcode allows you to build user interfaces…using a drag-and-drop interface.…It has a tool called Auto Layout…that allows for fluid design based on constraints.…

These layouts can use different assets…depending on device orientation,…screen size or aspect ratio.…When it comes to publishing, there are multiple templates…for building iOS, macOS, watchOS, and tvOS apps.…

Video: What is Xcode?