Use the Attributes Inspector 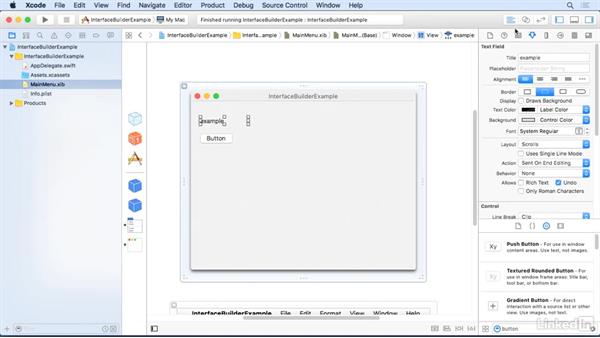 - [Narrator] Now let's look at the attributes inspector.…I'm going to click and drag a label out…by filtering in the object library,…and then I'll also drag out a push button,…so I'll search for a button,…and then simply drag out a push button…from the object library.…Label, button.…I'll expand the label a little bit…by dragging that handle to the right,…and then with the label selected,…I'm going to head over to the attributes inspector.…Remember that's that button with the ticker on it,…in the inspector bar.…So here we've already looked at modifying…the text in the label.…

Video: Use the Attributes Inspector