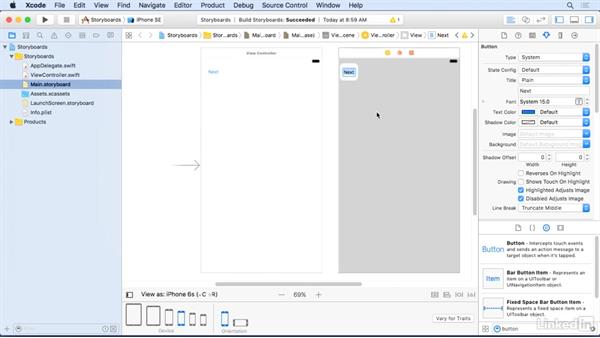 In Xcode 8, you can transition between storyboards without having to write any code. This movie shows how to create those transitions and how to customize them.

So this is always going to be first,…and you can change it later if you want…by selecting your View Controller…and then adjusting the settings in the Attributes Inspector.…And, again, you can select the View Controller…by clicking on the yellow circle…with a white square inside of it.…So, we have our two View Controllers.…Now we need a button inside of them,…so I'm going to search for a button…in the Object library and click and drag one out.…