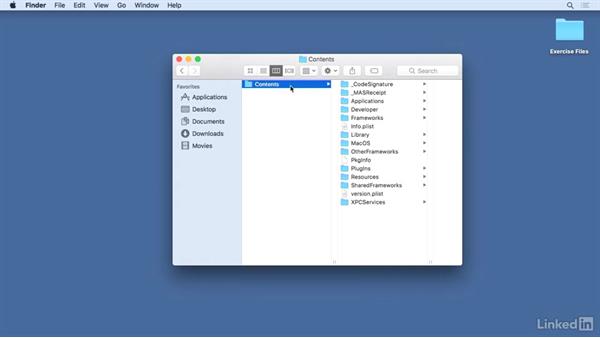 The iOS Simulator can be launched within Xcode by simply clicking the Run button while working in an iOS project. What if you want to launch the simulator without Xcode? See how here.

- Now of course you can launch the iOS Simulator directly from Xcode by just running an iOS project. But let's say you wanted to open the Simulator on your own, or you wanted to keep it in the dock. You can actually do that too. In your Applications folder find Xcode, right-click it and choose Show Package Contents. In there navigate down to Contents, Developer, Applications and the Simulator's right in there. You can simply double-click it to open it up, or if you wanted it in your dock, of course just drag it there.

I'll double-click it now and here I am in the Simulator. So if you ever need to access the Simulator without using Xcode, you can simply drill down by showing Xcode's Package Contents, go into the Developer Applications folder, and it's right there.