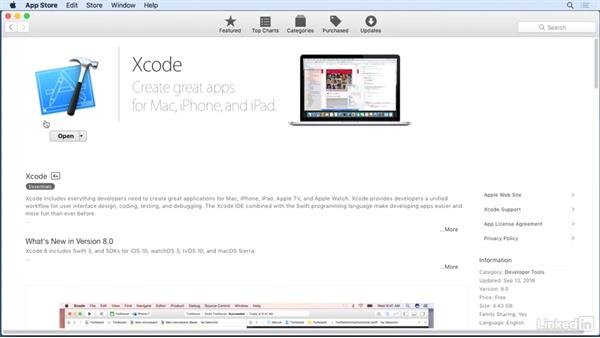 Where can you download Xcode? Xcode is a free app available from Apple. In this video, see where to find Xcode and how to install it on your machine so you can develop apps for Apple's platforms.

- You can find Xcode in the Mac App Store.…In the App Store, simply search for Xcode.…All one word.…It should be the first app that you see.…On my screen it says open…because I've already downloaded and installed Xcode.…If you don't yet have Xcode,…it's going to say something else like Download.…Click that button to begin downloading Xcode.…Once Xcode's downloaded,…simply open up the app file…and do what Xcode wants you to do.…Xcode's going to ask if you want…to install additional required components.…