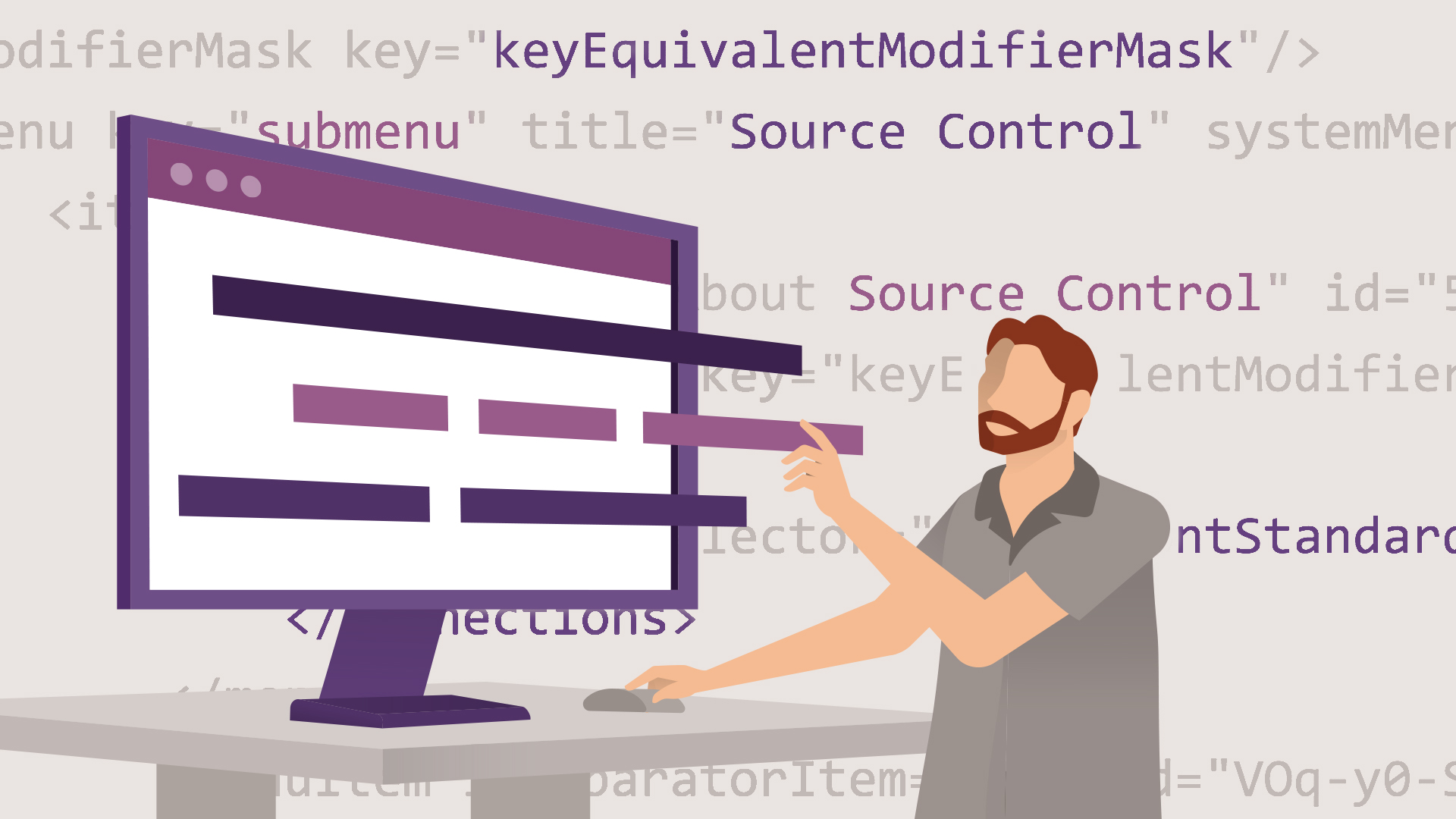 Xcode's user interface can be intimidating at first. In this video, dive into Xcode's many sections and buttons to help you navigate around the IDE effectively.

- [Instructor] Let's take a minute…to take a tour of Xcode 10.…On the screen here at the top we have a toolbar.…The play and stop buttons are for running and stopping…your application, respectively.…These next buttons allow you to choose…which platform you want to run on.…For example, if you created an iOS application…you could choose which simulator you want to run on here.…I could click my Mac right here and you'll see…that there aren't any other options right now.…But when you create apps for different platforms…you will see those there.…