Writing with a partner 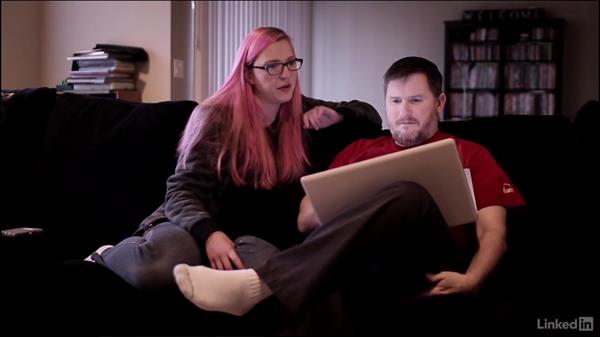 - In this tutorial, I wanna talk a little about…working with a writing partner.…This can be challenging, and there isn't…really a gold standard here.…I've written with several writing partners before,…and the workflow was very different with each one.…My all-time writing partner is my wife, Heather.…Heather is a much more intelligent person than I am,…and she thoroughly understands things…and people really quick.…I'm usually the one that creates the overall stories…and characters and ideas, so for our workflow,…I'll usually picture something,…and then we'll talk about it.…

We'll ask each other what-if questions.…"What if this little girl was a messiah figure,…"and was actually really powerful?"…"What if she didn't even know?"…And then after kind of batting things around a little bit,…and we understand things a little better…after talking together,…I'll usually iron out an overall three-act structure…and a few major story beats.…Then we'll talk about it over dinner,…while running errands with the kids.…It's kind of fun, actually.…

Video: Writing with a partner