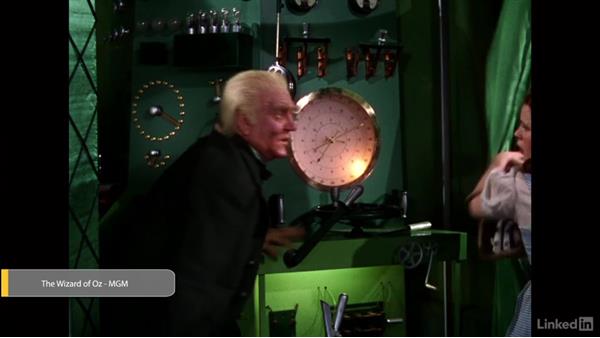 - Once you have the log line for your story, you're ready to develop the three act structure. Most stories are divided into three sections, the beginning, middle and end and we call these sections, acts. Things have been done this way for over 2,300 years, since Aristotle came up with this theory in his landmark book, Poetics. Essentially, in the beginning, Act 1 we have the set up. We learn who the character is and we see what life has been like before the story. Then in Act One we have something called an inciting incident, which is an event that sets the story in motion.

In The Fellowship of the Ring, this is when Saron's ring is discovered by Gandolf. In the Wizard of Oz it's when a tornado takes Dorothy to Oz. In Back to the Future it's when Marty drives Doc's Delorean back in time. In a romantic comedy this might be the meet cue. This inciting incident is the thing that leads to the protagonist going after their objective which drives the main plot of the story. This is the middle of the film, otherwise known as Act Two. So after the ring is discovered, Frodo takes on the task to destroy it .

- [Frodo] I will take the ring to Mordor. - Soon after landing in Oz, Dorothy goes off to see the Wizard to find a way back home. ♫ We're off to see the wizard. - After getting his bearings in the past, Marty McFly endeavors to get back to the future. - [Marty] Now I need your help to get back to the year 1985. - In a romantic comedy this is usually when one of the interested parties begins to pursue a romance with the other. Eventually the protagonist has to come face to face with their objective and either succeed or fail.

This is the end of the story or Act Three. Dorothy discovers that the Wizard of Oz is a fraud and confronts him. - [Dorothy] Who are you? - Marty McFly attempts an elaborate plan to get the what-what 21 gigawatts he needs to get home. In a romantic comedy this is usually where the protagonist make one final all out effort to be with the one they love. And these are the three acts, beginning, middle and end. In Act One, we give the protagonist a problem to solve. In Act Two they try to solve it and in Act Three they solve it or they don't.

It should be noted however that just because the story is divided into three parts, it doesn't mean that each of these is divided into three equal parts time wise. Typically it's more like the story is divided into fourths with Act One and Act Three each getting a fourth and then Act Two getting the remaining half of the screen time. Now you may be asking, why three acts? Can't you have as many acts as you want? Of course you can. Many great Shakespeare plays or Mozart operas or whatever are notably more than three acts. But I personally think that this three act structure is powerful because it's seems to mimic the human lifespan.

Let's say we live for about 80 years. The first 20 are youth, getting to adulthood. The next 40 consists of the bulk of our adult lives and then we kind of taper off for the conclusion during our last 20 or so years. You can also apply this same formula to our day. We wake up, we go about our day and then crawl into bed again. So this rhythm feels very organic and again, not every short film needs three acts or even a story at all. But if you are telling a story, having this structure will make your story resonate on a powerful level.

It's not just Hollywood that tells stories in three acts. This structure has been in place long before there was a Hollywood. Next we'll look at how to take this even further with story beats.