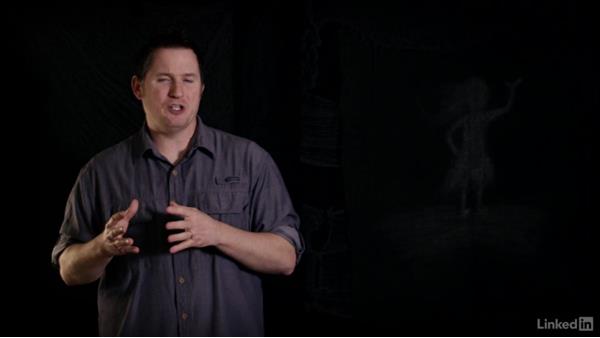 - So in this course,…we've learned how to write a screenplay.…But then what happens?…How do you get your screenplay…ready for the screen?…That's what we're going to look at…in the next course in this series…as we look at pre-production.…We'll look at how to break down the script…that you've written.…From that script,…we'll figure out the budget,…we'll figure out the shooting schedule,…and we'll look at how to work with…the director of photography…to create shot lists.…We'll also look at some phenomenal…software tools to help you prepare your screenplay…for production.…We'll look at hiring the crew,…and which crew members we need on set,…and which ones we should probably…coordinate with while we're still in pre-production.…

Also, our film was a fantasy film,…so we had a lot more to do in pre-production…than most films.…We had to work with a concept artist…to design some of the elements in our film.…We had to scout really unique locations.…We had to prepare sets.…We worked with our wardrobe designer,…Bitsy Rini, to design the wardrobe,…