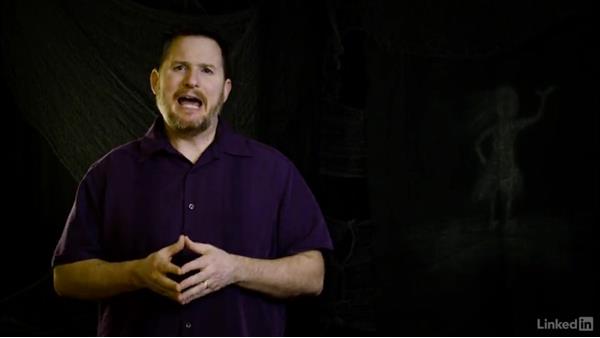 Join Chad Perkins for an in-depth discussion in this video Creating and testing props, part of Creating a Short Film: 03 Pre-Production.

- Another important component of the art department…is to make props.…Prop is short for property,…meaning something owned by a character.…Something is a prop when it is touched by a character.…For example, this torch is in the ground…and we never see a character touching it,…so that would be considered set dressing.…But this torch is in the hands of a character,…so this one is a prop.…It's important that props like these torches…are set up in pre-production…and are ready to go long before shooting begins.…Personally, I had never made torches before,…so I did some research about the best way to create them…and also about the dangers of using these homemade torches,…and then I did a test.…

I found a huge tree branch…and went out into my backyard after it rained,…and just lit it up.…I was surprised at how well my first test went,…mostly because I really suck at crafty type stuff like this.…But I did notice that it burned out really quickly.…I also noticed that flaming pieces of fabric would fall off,…which seemed kind of sketchy.…