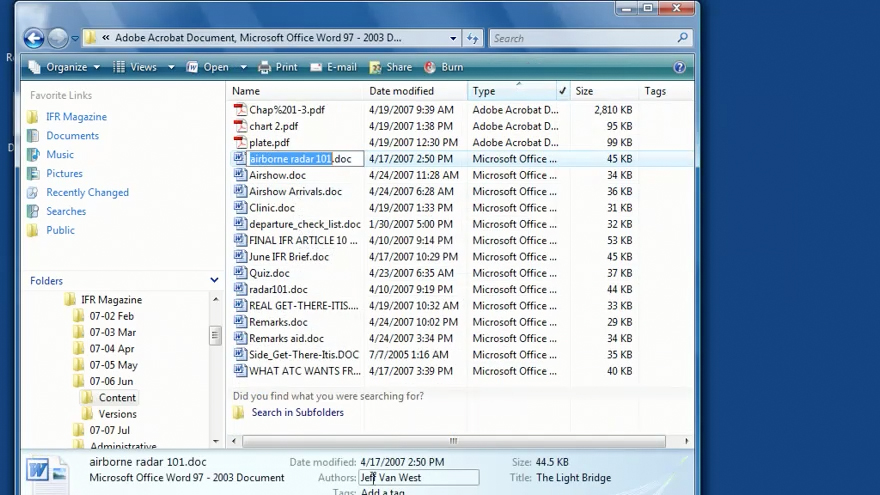 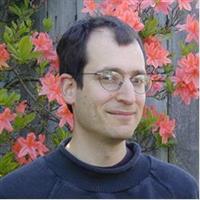 6/8/2007
In Windows Vista Essential Training , instructor Jeff Van West offers comprehensive guidance through the often-daunting task of upgrading Windows system software. After discussing Vista's many new features and demonstrating the initial installation, Jeff explains how to run older software, customize settings and the desktop, and troubleshoot along the way. The tutorials also cover the ins and outs of taking Vista on the road for portable computing, from setting up security to working with all types of media and optimizing performance. Exercise files accompany the training.

Hi, I'm Jeff Van West and you're looking at the Desktop for Microsoft Windows Vista, and this is Windows Vista Essential Training. Windows Vista took years to create. It was a hugely ambitious project for Microsoft, and if it had all come through as planned, it would have been as big a change to an operating system as Macintosh moving from OS 9 to OS X. And no, I don't just mean the fact that Windows Vista has gadgets -- there they are on the side -- that look a lot like OS X widgets. No, it's underneath the hood.

There was supposed to be a new application programming interface, new graphics systems. It goes on and on and on. Did it all happen? No. It really didn't. But a lot of changes underneath the hood did happen and Windows Vista is significantly different both in what you see and what you can't see than the Windows systems that came before it. In this training program we're going to look at what we call the essential features. And that's why this is essential training, not exhaustive training. We're going to try and bring you up to speed as smoothly and thoroughly as possible on what you really need to know to operate Vista well, where the pitfalls might be, and what the workarounds might be.

While we're looking at Windows Vista here, let me just give you an example of something that's happening underneath the scenes. It's kind of the groundwork for what may change in Vista in the future and it'll give you a taste of how significant the differences are. One of the things that Windows Vista was supposed to have in it and it does support, is called WDF applications. And that's a different kind of graphics. Now what does that mean? Well let's take a look at something like Windows Media Player here. We'll have a movie on Windows Media Player 11 so you don't have to learn everything about it right now, but what I want to show you is this looks like your average Windows program.

I'm going to zoom in on it a little bit. Let me get my magnifier out. There we go. I'll put it up to the side. Now what you can see is as I'm rolling around, look at the cursor, the small cursor down low over the word world. And then up high in the window that says Magnifier at the top of the screen, what you're seeing is a direct magnification of this window and you can see when you magnify it, it looks kind of broken up. It's pixelated.

That's because the window on the screen that we see normal size is actually just a bunch of dots put together of when you zoom in on it, you get the dots all pixelated, and it doesn't look quite so good. This is something that's inherent to computers up until recent times when we have graphics software and graphics hardware that's capable of doing much more, but the code driving it is this old system. Vista has the capability to go beyond this. I'm going to switch to another program here called iBloks. I'm going to take my magnifier and I'll look down at the bottom of the screen where the word Mobile is.

Look up in the magnifier and see how smooth it is. Here are the buttons. Ink, Text, Videos, Photos. Can you see the difference? I've zoomed in, but now I have crystal clarity at any zoom setting. Why does this matter? Well in these days of larger and larger LCD monitors and multiple monitors, you have this weird effect that happens where objects on the screen look really small on one monitor, really large on another, they look good on one monitor, they don't look good on another.

WDF graphics is a way of getting past this. Again, this is just one example of the kinds of things that are lurking, if you will, in Vista, and we're going to show you along the way. Let me minimize these for you and close my magnifier. If you want to find out a little bit more about what's behind the scenes in Windows Vista, there's a great summary here: arstechnica.com/reviews/os/pretty-vista.ars.

And it's a great summary of some of the stuff that's really happening behind the scenes in Vista. Worth perusing if you're interested in that sort of thing. Without further ado though, let's get into Windows Vista itself and look at the top 10 features and the bottom 10 features.