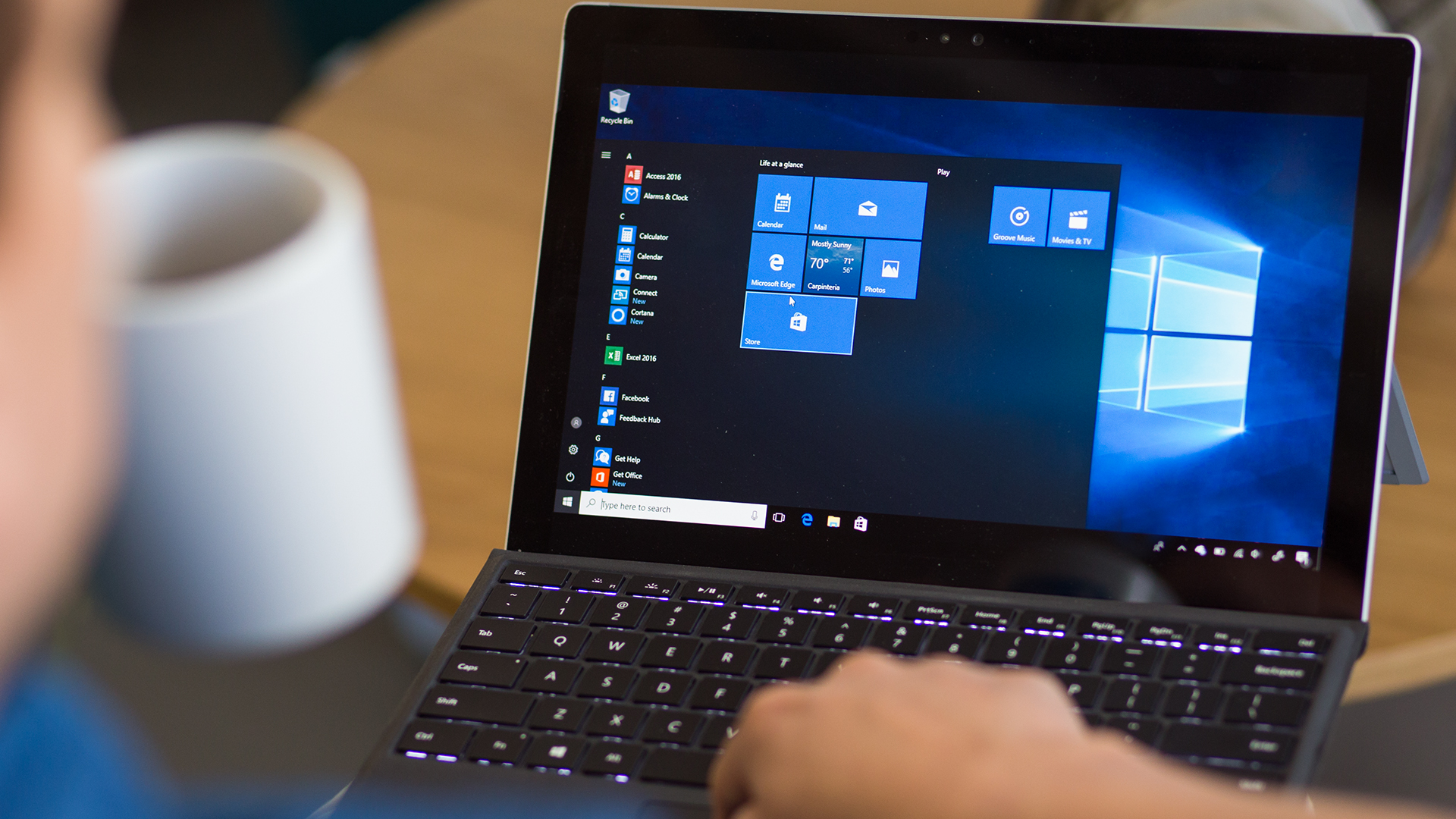 - [Instructor] Before we get started with Windows 10 Essential Training, it's important that you take a quick moment to confirm which version of Windows 10 you're running, and make sure you're watching the right course. We have multiple Windows 10 Essential Training courses, each one a complete course intended for a different version of Windows. So first, let's identify the different versions of Windows. For that, I like to refer to this Wikipedia article, and we can see the version history here. So the original release of Windows 10 came out in July 2015, and over the years Microsoft published some large updates that represented significant changes.

These big updates were given names like Anniversary Update and Creators Update. For most normal Windows users, it is recommended that you run these updates and make sure you have the most current version. But there are some companies, schools and other institutions that need to keep older versions of Windows for various technical reasons. So we keep all of our major Windows 10 courses available in our library. But that means you need to make sure you're watching the right course. So we need to check to see which version you're running.

So first things first, unless you have some specific reason to keep an older version of Windows, you should run all of your software updates just to make sure you have the most up-to-date version of Windows. Just make sure you have a current backup before updating, and never update in the middle of an important project. We'll talk about updates in more detail later in this course, but to give you an idea of how it works, we'll go to the Start menu, by clicking the Start button here. Then we'll go to Settings by clicking this gear button. From here, we'll go to Update and Security.

From here there's this button to check for updates. And if there are updates available, there will also be a button there to run those updates. And sometimes, updates will require you to restart the computer. So now if you're all up to date, or if you're just not able to update at the moment, we can move on. Next we need to check to see which version of Windows you're currently running. So let's just reset here. We're going to go back into Settings, but I want to close it to reset. So I'm going to go into the Start menu, into Settings, then I'm going to go to this option that says System.

Then down here near the bottom where it says About. Scrolling down a bit here, we can see that I am running Windows version 1709. So now I just want to refer back to that Wikipedia page we were looking at a moment ago. So I'll click on the icon here for Edge and we can look at that version history. So if you have version 1507, then you have the original release of Windows 10, and you should use Windows 10 Essential Training 2015, Original Release.

In October 2017, Microsoft released the Fall Creators Update, once again, changing several features in Windows. That is version 1709, which is the version that I have here on this computer. So users of the Fall Creators Update, version 1709, should be watching this course. If you have one of the other versions, you should stop now and find the right Essential Training course for you. And of course, over time Microsoft will publish new updates to Windows. So if you have a version of Windows newer than 1709, then check out our library and find the Essential Training course that matches the version that you're using.

So run your updates, check your versions, and make sure you're watching right course.

11/7/2017
Learn the essentials of the Windows operating system, including the new features in Windows 10 Fall Creators Update. Nick Brazzi shows how to use core bundled apps that come with Windows 10, manage files and folders, browse the web, and work with mail, calendar, and contacts. Want to customize Windows 10? Learn how to find and install new apps from the Windows Store, and adjust your display preferences and account settings so your PC works perfectly for you. Finally, find out how to back up and restore Windows in case of computer failure, recover missing files, and use built-in tools to protect yourself against malware, such as viruses and spyware.
Topics include:

A: The following topics were updated: understanding essential folder structure, including the user folder; using shortcuts to files and folders; and creating 3D objects in Paint 3D.