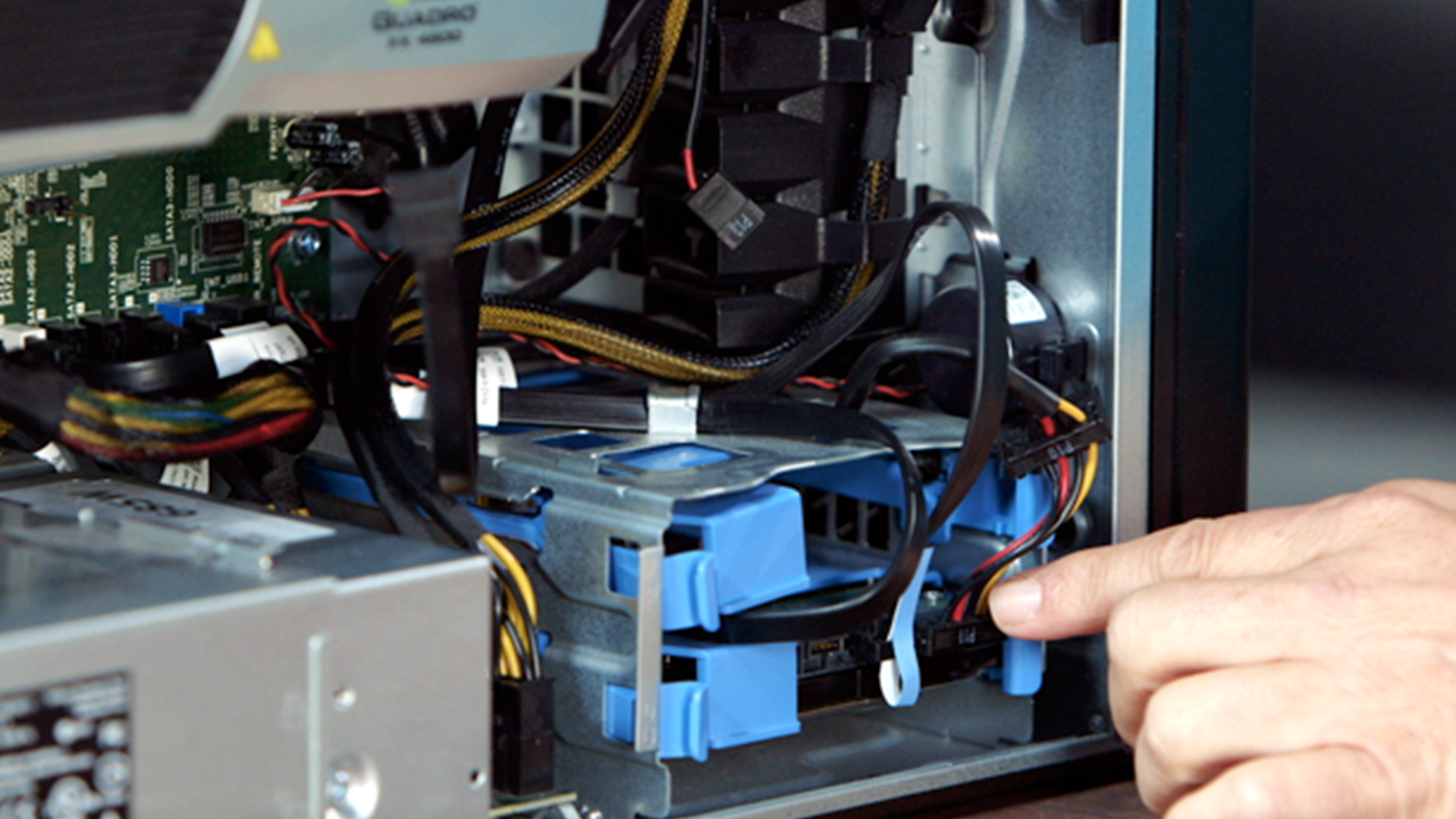 Learn how to properly add an expansion card to a PC. Learn how to locate an available expansion slot, remove other components, and check the installation.

- One of the keys to the IBM PCs success was its internal expansion, a feature borrowed from early micro computers, such as the S100 and Apple II. Lining the motherboard are a series of expansion slots. Into those slots you plug expansion cards that extend the computers capabilities. In this movie, I explore how to add an expansion card to your PC. I blab a bit on expansion card history and standards, but then I cover available expansion cards and describe the overall process.

Expansion cards aren't as plentiful as they once were. Back in the PCs early history, a typical desktop computer would have anywhere from five to eight internal expansion slots, and oftentimes those would be filled to the max. You'd have a memory expansion card, a video card, card for the modem, a card to power the computers mouse, a network adapter card, and on and on. Most of these features are now integrated into the chip set on the computers motherboard. So expansion cards on a modern PC aren't as plentiful.

Still, adding a high performance display adapter or a custom sound card is a good option with the display adapter remaining the most popular expansion card choice. Over the years, the PC has supported many expansion card types and standards, the survivor is the PCIe standard. PCIe describes both the technology and the type of expansion slot. It stands for Peripheral Component Interconnect with a little e meaning express.

The typical desktop PC model features one or more of these slots and nearly all the expansion cards available today are of the PCIe type. Some tower and high end PC models may support older legacy expansion slots, but for the most part, you're good with a PCIe standard. To add an expansion card, power off the computer, unplug the console, and open the case. The specifics for this procedure are outlined earlier in the course.

The directions will explain which. To insert the card, first ensure that you have room. You may have to move around or disconnect some cables. You might have to remove a hard drive, but the card should fit. You need to remove the slot cover that lines up with the card. Sometimes a single screw anchors the slot cover. This PC has a fancy slot cover latch, it needs to be undone. And if the card occupies two slots, you must remove two slot covers.

Now, do you need to keep the old covers, nope. Look at the expansion slot itself. Ensure that the hook anchoring the card is away from the slot, that's not an issue here. To dissipate any static charges, touch the PC case to balance out your static potential. Take the card and insert it into the slot. The rear must align with the slot cover, and the slot cover tail goes between the PCs motherboard and the console case.

Push the card all the way into the slot. The hook may latch automatically. If not, you need to squeeze a finger to the slot and push the hook up to anchor the card. Always be aware of that hook, especially when you need to remove a card. The hook can snap off, which is okay, but preferably it should be there and helping keep the card in the slot. Double check the connection, use a flashlight if you need to. If things are tight, use a hand mirror.

I have one of those mirror on a stick things that I use and be sure to anchor the slot covers. You need to reattach the screws, or in this case, close the latches. After confirming that the card is in place, attach any cables that may be required. For example, display adapters require power cables. Attach those cables as necessary. The cables are oriented so that they only go in one way. Don't force 'em. Then reattach any cables that you might have removed during the process, and if you removed a hard drive, reinstall it.

If the hard drive doesn't fit in its original spot in the drive cage, you can move it to another spot. It's the connections that matter, not the slot. Another movie covers installing hard drives. With everything set and reconnected, power on the PC case and keep it open to ensure that the computer starts up properly. Once you've affirmed a successful upgrade, then you can close the PC case, which is covered in a previous movie. The next part of the expansion part installation process is adding device drives, the software that controls the hardware.

In Windows 10 this process is automatic. If not, refer to the documentation that came with the expansion card as described earlier in this movie.