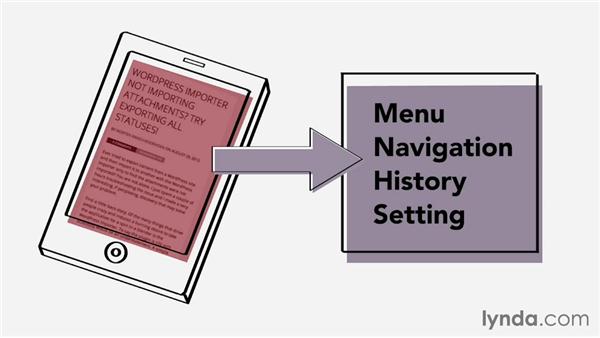 To establish a shared platform from which we can have this conversation, let's take a look at some examples of logic problems in user experience. Common design patterns and elements you find on the web and in apps, and common content creation issues that break with logic convention and end up not communicating what the originator intended. Logic problems in design are surprisingly prevalent and are often introduced by the services we use the most on the web.

The first example is one of these and you find it across pretty much all social media networks. How do you find the link that points to a specific update, photo, or other element? If you look at postings from the three most popular social media networks, Twitter, Facebook, and Google+, you'll see that the one thing they all have in common is the lack of an obvious direct link to this posting. Later in the course, we'll explore why this is, how it relates to logic, and why we should avoid this design pattern in our own sites and apps.

The second example relates to interaction with dynamic elements. How do you close a modal box? For reference, a modal box is one of those pop-up boxes that is superimposed on top of the main page, often graying out the main page to display content. This can be a photo, a form, a video or a warning. As we'll see, the closing of these boxes is often not intuitive, but using logic, we can ensure the user understands how to do it and is able to do it regardless of her chosen mode of interaction.

The third example is based on an emerging design pattern often referred to as No UI. The idea behind No UI is that the user interface should be invisible, putting the content in focus without distractions. No UI relies on the idea that some user interactions are intuitive. But as we'll see in the course, that simply is not the case. User interfaces are just as much about communication as the content is. So for a user interface to work, it has to communicate a meaningful message to the user.

This can be done with logic. Logic truly comes into play when we start looking at content. And this is where we'll see the best and the worst examples of logic and its failures. In some cases, the failure starts with the name itself. Say you own a dental business and you cleverly name it The Root. To make the website appealing and unscary, you use nice fonts, warm and non-medical images, and write a welcome message that focuses on comfort. Now, what is that communicating to the visitor? A dental office or a company that sells kitchen cabinets? The content you put on a website or app is the message you communicate to the visitor.

So it's important to make that message clear and understandable to all visitors. A message like, nourishing young minds, building a platform for the future, on the front page of a charity website may be appealing to the board of directors, but what does it say about the work of the charity? Can you as a visitor derive what the charity actually does from this message? Does it make sense to you? The last example I have for you is actually a group of errors, breaches of various logic rules perpetrated by seasoned journalists as well as newfangled bloggers, well-intentioned misinformation.

We'll look at several examples of this as we untangle the complexities of logic itself. But let me start you off with two headlines to illustrates two such errors. The first headline, largest salmon run in decades quells fears over declining population, is an error of universality. The second, Vikings win home opener is one of ambiguity. You've likely seen and you may even have written such headlines. And by the end of this course you'll know both how they fail in a logical sense and how to avoid stepping in these logic traps when you produce your own content.

Towards the end of this course, we'll revisit these examples and use what we've learned about logic and content to resolve their issues. Now that you have a better idea of where, when, and how logic comes into play in user experience, let's start at the very beginning and explore how we communicate.