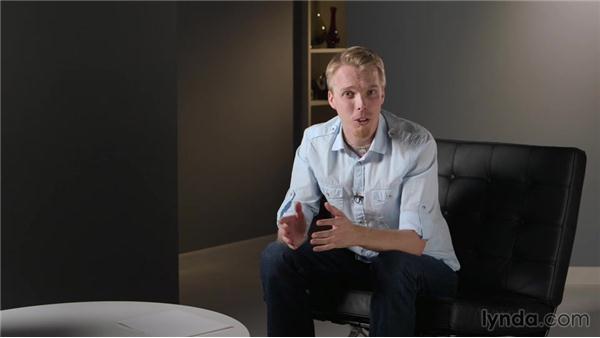 Before we talk about logic in user experience and design, let's take a big step back and look at how we communicate. If you think about it, it's pretty amazing that we can understand each other at all. Consider what happens when we communicate with each other. I have an idea. And I want to share it with you. To do so, I need to transfer that idea to you. But I can't actually take the idea out of my head and place it into yours. Instead, I have to describe the idea using a common or natural language and hope that you will interpret that description the way I intended.

And that's far from certain. Each of us interprets what is communicated to us based on our own experiences and understanding of the world. And while we may seem like we come from the same place, we might in reality be from fundamentally different places both in literal and figurative terms. Take me as an example. While I live and work in North America, I was born and raised in Norway. As a result, my understanding of the world from geopolitical concepts down to things as seemingly ubiquitous as trust and love.

Is often vastly different from those who are born and raised on this continent. And this unobservable difference in worldview and values can produce some pretty interesting and often perplexing errors of communication. While it's easy and comfortable to assume that as long as we both speak the same language, we'll be able to communicate freely, the reality is far more complex. Let' me illustrate this with a simple example. Take out a pen and paper and pause this video while you draw a tree for me.

When you're done drawing, start the video again. Now let's look at my drawing and some drawings done by some of my friends. Here's my drawing. And notice how they're all different. They're all different because, though we used the same word for the idea of a tree, the actual image in our minds we associate with that word, differs from person to person. From this, we can draw a simple conclusion. Words alone, are not enough to ensure that complex ideas are clearly communicated.

For that, we need something more robust. To ensure as clear a communication as possible, we resort to logic and sound arguments.

Video: How we communicate