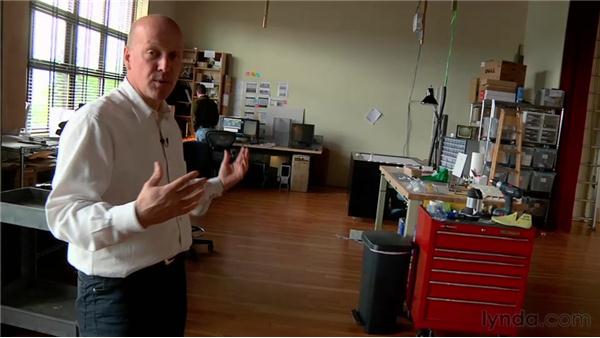 (Music playing.) Brad Johnson: Greetings! Welcome to Second Story. We're here in North Portland. This is our building, our studio. We have the whole second half of this building that we bought three and a half years ago with Grand Central Baking. So come on in. Portland is one of the most bike- friendly cities in the United States, and commuting to work is a big part of the culture here at Second Story.

Especially when the studio is right above a bakery, it's a good idea to get in the habit of riding your bike every day to work. So I do that myself. Things that we're working on right now in production is the Koshland Climate Science Table, which is all about how to make decisions and affect the climate, looking at the Arctic Studies Center, which is - I'm going to go to Anchorage on Friday and open that up next week. Lots of new things in the pipeline that we're all working on.

All over Europe, before museums, they would have these curiosity cabinets for people to display things that were of note from all around the world and they would always have a big crocodile on the ceiling. That really inspired the architecture of this space, because a lot of what you do in collections-based media is organize and sort information, and present it in different ways, so that kind of became a motif for how the whole design of the space worked. This is really the heart of the studio, where more of the design that's onscreen happens.

The other half of the studio is more about prototyping and actually setting things up in the physical environment for the more on-site installation work that we're doing. The kind of work that we used to do originally was all web site-specific and then slowly it becomes outside of the web, it becomes a kiosk, and then a kiosk starts to turn into bigger tables, and more and more environmental. So we needed a place to really do some prototyping, some testing, and we needed to actually bring the hardware that we're going to use in the museum here on-site to test and to start to design it.

So when we come in here, this is the place where we can actually project and create things to scale while we're in the design process. We're working on this project for the University of Oregon. There's 14' columns that go from the floor to the ceiling. We need to actually create those here to really test the scale and the motion and how people are going to interact with that. So this is upstairs in the mezzanine. We've got a big conference area, and we did - for years we worked with DreamWorks Records, and they always inspired us because all of their conference rooms were couches and big screens.

It was a really conducive way to collaborate in a relaxed environment. It's been a part of the way we've had our studios organized ever since. Once of things that we also have here are a big collection of these classroom charts and posters. It's something I started to collect about seven years ago. I have about fifty of them. What I love about them is it's a perfect fusion of art and science. This is one of the very best. These are original lithographs from, they came from the teens in France.

The detail on looking at some of the hairs on the fly and the way they did transparency is really a beautiful example of the highest that this kind of craft and art ever got to. The subject matter is what I really love, the diversity of finding things like this, where you're looking at parts of an apple, or how Esso moves oil through Germany, and how transportation works, a vulture, a bear, bats. It's just a wonderful way to look at the art and look at the world through this kind of science and art kind of perspective. 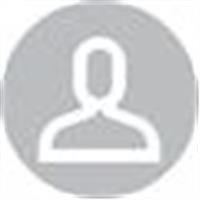