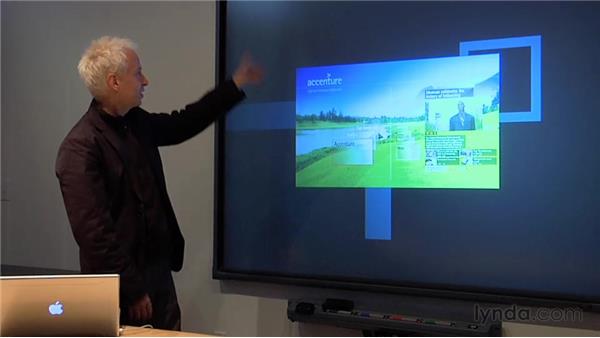 Dale Herigstad: An interface is simply that you have an audience, you have customers, you have a screen and the interface sits is between there conceptually and it is what allows the experience to happen over there. It's the layer in between the content and other things. So we often say that the interface is the brand and that's the new territory here. Is that what we are seeing is that cable companies, if they have a bad interface to find that content, they could have the best content, the best movies, wonderful high definition movies and millions of properties to offer to clients. If the interface is about to get to it, that's the brand.

That's who you are right there. So that's that territory right there. That's where our company plays, in that space of interface right there. Spatial context is a big topic for me personally and I think it's because interactivity for me came from the television. I came from television and my early experiments in interface design were really for television, which was anchored u/down and left/right. That sort of directional thing is just fixed into the process and it's also the notion of space has sort of two aspects. So, one of them is how things appear on the screen and that this gets into what I call rich media. You are seeing this screen as a window and you are designing screen spaces, just like as in broadcast design.

Broadcast design looks at, when you're in After Effects or some of these rich layer-- it's much a layered experience, there is layer behind that, a layer behind that and look at Photoshop. There are many layers there. You take that out and you've got the sense of space you are developing. So that screen is a window into a space. The other area with navigation about space and spatial context is that it affects how we navigate. Meaning that it considers up, down, left, right, where things are, the fact that something is over here as opposed to over there has big ramifications, particularly in directional navigation as opposed to, with your mouse you can move anywhere on the screen, less important, but with these other concepts and particularly with gestures, it's very important.

It's mapping to the screen, there is sort of real estate mapping, directions have meaning and another kind of interesting area is that Z space. What is the meaning of that? One of the newer uses of Z space that we are doing in our current designs is saying that Z space means that you are up close on something, you are navigating through kind of a close-up view of something, a long list of things. If I want a context, I just hit a Context button. I push back, kind of rearrange, do something then push back in the details. So this context it's like a bird's-eye view. So all of those things are really helping us understand how consumers look at all of this media and how you navigate it.

I wanted to show this one example because this goes way back. This is the Full Service Network, which was done around 1992 or 1993. It's so early but this is what it looked like. It was a very rich broadcast-looking experience that actually was quite a bit more dimensional and broadcast looking than many of without pictures even today. So you can see how forward this thing was. There was SGI, we are working with SGI and with Time Warner. But I wanted to show that example of that Carousel. It was a very early example of an attempt to really make that experience of interactive television, rich, dimensional and engaging.

This is a small version now of what is a 6 x 10 foot interactive touchscreen wall. This is in two airports. It's in Chicago and at Kennedy Airport in New York. But basically you just touch things down here, touch something else, we touch that, touch one of these things and it opens up. So it's really just touching things and having this open up in a sort of dimensional space. It's a connected space that has a connection to the broadband internet. So you have access to CNN Pipeline and Weather Channel and some other kind of television content in this as well.

But this experiment, it was done by Accenture, is essentially an advertisement, an active real engaging experimental advertisement for Accenture. Basically, if this represents the person using this large interactive wall, this person probably in most cases is not the customer who they're targeting for Accenture. But there could be other people walking by, particularly that one executive over here, is watching that happen over here.

So the experience of this happening, not just the bits on the screen but somebody interacting with that, is saying wow, we are Accenture. We do like great technology, look at this experience. So that experience of what's happening in real time over there is what this person is seeing. That's the ad, in a sense. So for EA Sports, talking about those layers of interactively, as a foreground layer of direction, one of the things that we are doing as we are saying that the directions -- you have at least the opportunity for four major things.

So you can take all the content you have and say it's all in one of those things, then the viewer just notice that. An example of that was what we did for the HD DVD system for Universal. When you press the menu, the screen pushes back and there was simply an indicator on those four directions. There is a certain kind of stuff over here and another kind of thing over there and another grouping of that and that's the entire system. But it breaks into those four things. In the case of the EA Sports, it does say that there is a lot of stuff in here but we are going to divide this into to two main areas and you will see this here. So this was the new boot-up experience.

This has been already implemented up there, this is about two years old or more, this demo I am showing you. So this is the boot-up for EA Sports for an NBA property. First of all, notice how what normally would have been title cards, all these things are now in this space that you're setting. You established a space, an abstract when we are warming up. We're not in the game yet; we're in the pre-game. All of this stuff coming in, by the way, is like this is from ESPN Ticker. This is a combination of both ESPN and EA Sports live feed content coming in there through the broadband connection. This say would be Xbox Live.

So at the end of it, watch what it does. It establishes itself at the very end of it and you will see it wrap around and establish the meaning of that and that. So, in the whole system you know that you can go one of those two directions to get a certain kind of content and then dig deeper inside of that. In a navigational way, this is the system we developed. It was standard for their pre-game experiences. We hit left over here and now we are into different kinds of management of content over here, going though kind of an interface -- levels of the interface there, but if we just go to the right, we now go to the other side, at this angle, which is different. It's not EA Sports. This is like live content.

Here we are going to snag that live feed and take it with us is now. But again just by moving left and right-- because foundationally that's the big idea that they are doing here. It used to be all EA Sports but now it's EA Sports plus this other world coming in here of television content and over here I have got that and over we have got that. So that's the big idea. 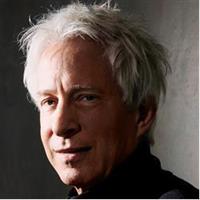