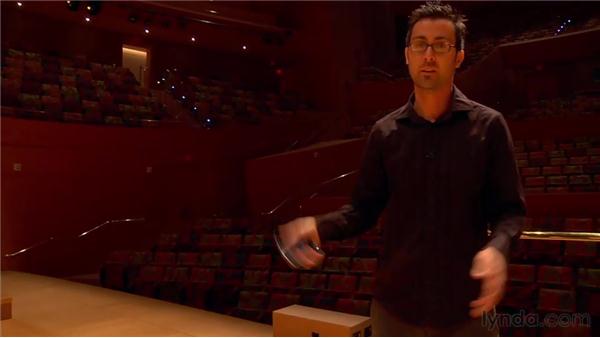 David Lai: To work here you've got to be open to working on all kinds of projects in the first place. We really have never been specific to a kind of project or a kind of client. You sort of have to just be a curious person. But we have a balance too, in that we try to find the right fit for people. If somebody is passionate about something, we try to line that up with their passion so that it comes through. I think that's what drives us. I mean, really the opportunity to find things that pique our curiosity. Scott Arenstein: I spend a lot of time in music. I played the violin since I was like four or five.

I have always had a very strong connection with classical music in particular. I followed the LA Phil for many, many years. I mean most of my life. And David and Hiro, they've always known I've loved classical music and I think even when we got the RFP, like David forwarded it to me and was like, "Here you go violin boy, or something funny, like sort of hinting that I would be very excited and very happy about it. The LA Phil was in a huge transition last year.

I mean, Esa-Pekka Salonen had been here for many years. He was transitioning to some other things. And so there was a big search for this new music director and conductor. And I mean, everyone in the world wanted Gustavo Dudamel. He is very energetic, very passionate and innovative musician and conductor. Every major orchestra in the world wanted him. Basically, the LA Phil came to us and the concerts that he was conducting that year, they were all sold out. They had been sold out for months. So the reality is, how do you sort of market this new person but then also say like, oh, sorry, you can't actually see him? When I first started seeing video clips of him, I mean just when he is conducting and his hair's going all over, I mean, it's not very typical of what you see in a traditional environment.

So when we saw this energy from this artist and the fact that he was from Venezuela, he was 28 years old, and we saw all these huge opportunities of how that could translate to reach a younger audience here, to reach a more diverse audience here, more Latin American audience as well. So for us, our initial thinking was, how do we translate his passion? How do we translate his energy into something that people can experience digitally? We also were very interested in how can we sort of replicate a very physical performer and sort of explain to people maybe why he does that and educate them there.

So here's Disney Hall. What I loved about the space is that you could sit in so many different places. I mean, I had never seen sort of this back seating here, where you're pretty much like in the orchestra if you're sitting there. You can really see Gustavo. One thing that I really saw as something cool with this project is, how do you take this environment, this amazing space, and then create an experience so people can really feel that? It made total sense for us to really use a mobile device.

What we did was really we partnered with the LA Phil and were able to leverage some of the music that Gustavo actually conducted. And what we did was we sort of sliced it up and put it into the phone and created an application where it was sort of like a virtual orchestra in your pocket. Basically, if you load the app, y ou can select a piece that Gustavo actually conducted and recorded. So we have four excerpts here. If you click one, it loads the piece and you're ready to conduct.

And you can constantly be conducting in Disney Hall a virtual orchestra. (Music playing) The media attention and the press and everything was great, but when I saw kids playing this outside of Disney Hall, and even personally, my five-year-old nephew. Whenever I came home, he would ask if I could play that music app and he would grab my iPhone and load it himself and be swinging and really getting into it.

So it was really that initial exposure into classical music I saw as just being something amazing. So for me this experience has been really cool and I hope other people have enjoyed this app and enjoyed the game and getting to know Gustavo Dudamel. (Music playing) David Lai: Being a little paranoid, we immediately secured two spaces instead of one.

We quickly realized that we didn't really need two spaces and we said, maybe we can do something with it. My wife and I, we knew nothing about setting up a cafe or running a restaurant, But we had this optimistic sort of belief that it wouldn't be that hard, which, again, I think is the way you learn. Building out Tea Forest was probably more painful and stressful than building out Hello. We went to expos and stuff like that and really tried to understand this business.

Running a cafe is very different than running a design business and I knew nothing about making-- I didn't even know how to make espresso, to be honest, when we first started. So I think one of the challenges was like, I think we had two floor sinks back here, for example. We had to literally channel out the concrete with like huge concrete saws and dig dirt up here. I mean, it was crazy. (Music playing) This mural was actually painted by an artist named Philip Lumbang.

We pretty much created this place to be a creative space as well. So we invite artists all the time to come in and show their work. And so Phil came in and painted this for us. (Music playing) Phil's work, that's been here at Tea Forest is now blending over to some of the work we're doing over at Hello as well.

A lot of artist collaborations are friends or they are people that we've collaborated with before. Jon Burgerman, Dave Kinsey. A really eclectic mix of people just to, again, share that art with the community. It was never meant to be a real gallery per se. Oddly enough, there's a ton of art galleries down the street, some world class art galleries and in a way it's sort of nice. Even those people who work in those galleries come in here and grab coffee and stuff. I think within the first week of opening up Tea Forest we probably knew more about our neighbors and the neighborhood than we had ever know in like three years prior.

So we have definitely invested in Culver City. This was considered the redevelopment zone. So there wasn't very many places to eat, hang out. We love the fact that this has been more a community place than it has been trying to be a restaurant or a cafe rather. I think it has been more about a place where people can meet other people and talk to each other. We got to learn about the community far more than we ever would have just being here as Hello.

I think that's because the nature of our business is, you know, you shut your door and you are sort of like doing your work here and nobody knows what you do, where a cafe is all about being open and inviting people in from the street and to have a conversation. So Tea Forest has become sort of a pleasant surprise for us. It was always meant to be this sort of experimental business and we would just do it for fun, kind of stuff, and it sort of grew to be something else. So yeah, you never know where things will take you. 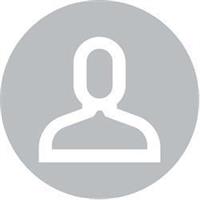 2/18/2011
After graduating from an Ivy League school, Hello Design CEO and Creative Director David Lai considered attending Art Center College of Design in Pasadena. He had heard great things about the school, but in the early days of interactive design, its program wasn't fully developed. Flash forward only six months and David was teaching at Art Center. It's this passion to learn, discover, and teach that propelled Hello so quickly to the front of the interactive pack. With prestigious clients like Herman Miller, The Los Angeles Philharmonic, and Taylor Made Golf, they innovate as they create. Hello draws from a bottomless toolbox, trying the untried and making it sing.

In this installment of Creative Inspirations, watch an iPhone conduct a symphony orchestra, a golf club sell itself, and a talented designer learn to make a fine espresso as we present Hello Design, Interactive Design Studio.