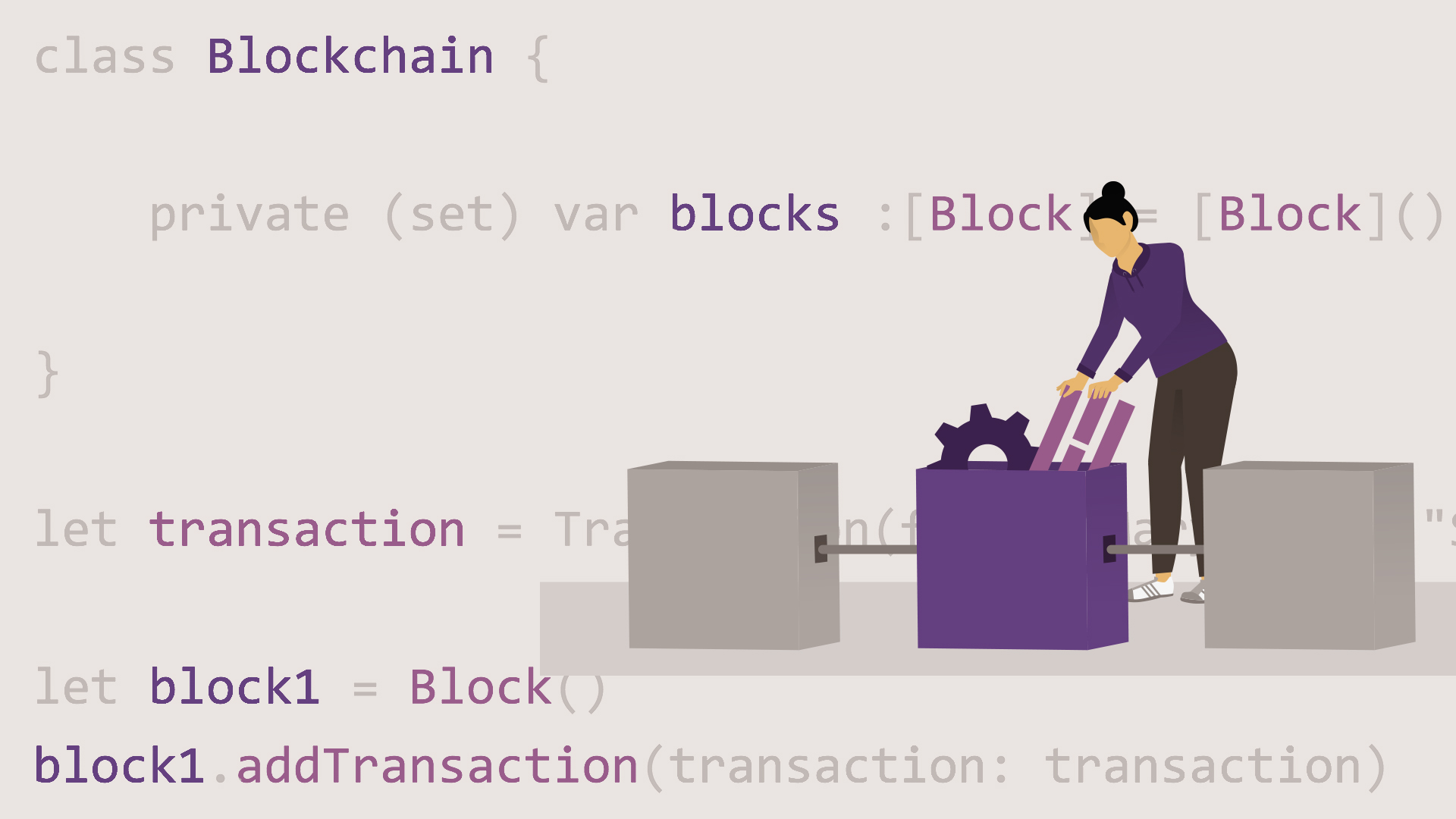 10/25/2018
Blockchain enables decentralized encryption of sensitive data. Once the domain of the dark web, the power of the blockchain can now be harnessed by everyday developers. This training course explains how to implement blockchain-based storage and encryption in the iOS framework using Swift. Instructor Mohammad Azam begins with the very basics, explaining all the details related to blockchain technology: cryptocurrency like bitcoin, distributed ledgers, keys, and mining. He shows how to implement the core elements of blockchain—models, keys, and blocks—and then builds smart contracts as well as a web API that exchanges data securely with the blockchain. Plus, learn how to decentralize blockchain even further using node-based processing and mining.
Topics include:

- Hello and welcome back. Before we dive into the blockchain technology I'd like to give you a small introduction. My name is Mohammad Azam and I've been doing iOS since 2010. I worked as a lead mobile developer for many Fortune 500 companies. Apart from that, I do have dozens of apps on the App Store include Vegetable Gardening and Vegetable Tree which were featured by Apple. I have been teaching on Udemy for at least three to four years and I have a lot of courses on Udemy including the best-selling courses On Mastering ARKit and also Core ML for iOS.

I also do a lot of teaching engagements in the iOS community. Actually, in April I'll be talking at the Blockchain Dev Conference in San Francisco. So if you're in San Francisco, stop by and say hi. Apart from that, I have spoken at Indie Dev Start 360|iDev, MS Coder in Mexico City and a lot more. I work full-time as a full-time instructor for Digital Crafts, which is bootcamp company.

So basically, I go and teach people, that's my full-time job. Before joining that, I was a lead instructor for Highland Yard where I was teaching iOS as well as full-stack web development. So, I have a lot of teaching background. I really hope that you enjoy this course and if you do have any questions don't hesitate to contact me and I will be more than happy to assist you further in your quest for learning Blockchain Technology in iOS Using Swift.

Thank you so much and I really hope that you enjoy the course.