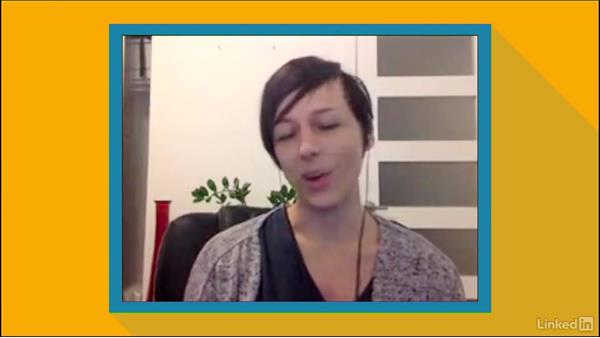 - [Voiceover] Hi, I'm Lauren Bacon, and welcome to this weeks edition of the Web Career Clinic, where I explore how to build a career you love making good stuff on the web. This week I'm interviewing Marie Poulin. Marie is an interactive designer and a digital strategist, who entered new territory a couple of years ago when she co-founded Oki Doki, a company that, among other things, is building an online course delivery platform, so Marie, part of why I wanted to talk to you for Web Career Clinic is because you've made this interesting shift from designing websites to designing and building your first software application, and my first question for you is what's different about designing an app? - Everything is different.

You're kind of your own client in a way, and at the same time, you kind of have potentially hundreds of clients, so the constraints are different, right, they're sort of almost self-imposed constraints, so we're sort of building the thing we wish existed, which means we're kind of coming up with those constraints as we go, so it's a whole different ballgame than web design. There's a lot more moving parts. It feels like there's a lot more room to evolve as you go, so it's a different way of thinking.

- [Voiceover] So, did you have to acquire new technical skills to move into this world? - My partner is the technical person on that, so that makes things a lot easier, so he's the programmer, technical go-to person and I'm more on the user experience side of things, the design, community building, marketing so it actually works really well. - [Voiceover] Nice, and what made you wanna try your hand at software design? - We basically built the thing we wish existed, so most of this came from clients of mine, who needed online courses and programs, and I found it's really, really time consuming.

There's a lot of moving pieces, a lot of technical pieces, and I'm not necessarily the go-to person for the technical side, so I found myself spending a lot of time doing the stuff that wasn't really my zone of genius and my partner said, "Why don't we just build that thing?" - [Voiceover] So, speaking to folks who might be wanting to explore app design as a potential career path, what career options do you see in each of your specializations, so web design and software design? - Now, obviously I'm gonna be a bit biased because I've been doing web design and this software design as a solopreneur, and now with my partner, and so I don't necessarily have the insight at an agency level, but I think if people are curious about either stream, there are so many different options and I think there's so many more options than there ever used to be, so there's positions now that never existed before or never even had a name before, like user experience designer has kinda popped up in maybe the last five to 10 years, I think.

It's still kind of a new territory, so I think there's so many different options and it's hard to know in the beginning of your career what niche you're gonna fall into, so I sort of started as a generalist and it gave me a really good, well-round idea of what was out there, so I think it's really important for people to test the waters a little bit, and even, I would recommend working at an agency or a small company in the beginning to at least get some experience to see how people run a project before actually venturing out on your own.

- [Voiceover] Yeah, I often tell people that even if the main lesson you learn is how not to do things, that's actually really valuable experience. - [Marie] Absolutely. - [Voiceover] Yeah. - [Marie] Yeah. - [Voiceover] So, speaking of mistakes made, what do you wish you'd known in the early days of your web career? - I think, in the early days, I got a bit stuck in the web design bubble and, so that means only following other people in web design and only paying attention to what was happening within web design, and I kind of wish I'd been a little more open-minded about the marketing and sort of human behavior side of things, so for me that was, I'm really interested in the intersection of marketing and web design so not just building pretty websites that don't bring in traffic, right, so that's where I felt like I got a little bit stuck in that bubble, so that was a major thing that opened up new doors for me once I knew this whole other side of things was possible.

- [Voiceover] And, how do you suggest that people break out of their bubbles? - For me, a lot of in-person events, like going to conferences that aren't web design conferences, just being exposed to different people with different ideas, meet-up groups. I made a really conscious effort to meet people even through Twitter. I would organize Twitter meet-ups, and I just wanted to meet people that had different perspectives than me, so as much as possible, I think being open-minded and asking questions, being curious about what other people are up to in their own careers and how it intersects with web design because we encounter so many different people as web designers.

We're kind of getting to see behind the scenes of a lot of different types of business, so I think that curiosity of how other things operate can just add to your knowledge. - [Voiceover] Yeah, that's a great insight. What's one mistake that you see web designers, or developers for that matter, making? - I think a major thing I've seen is when people are, for example, listing their services page, they make a list of all the skills they have, like HTML, CSS, and that's not really what clients are looking for, right.

People aren't really hiring you for your sweet HTML and CSS skills. Yes, that happens to be one of the ways that you're gonna get them the results they want, but people want results and so I think, even in proposals, or services, or how you talk about what you do, shifting it from a client focused language of what is client actually looking for, moving away from sort of a list of tactics, and you know you get this many templates, and this many themes, and that sort of thing into more of the end result. - [Voiceover] So, aside from Digital Strategy School, is there one resource that you would highly recommend for people who are in the early stages of their web careers? - I would say, maybe website-wise, Smashing Magazine was a really good, go-to place that I went to in the early years, and then there's a really great book called The Strategic Web Designer that I think really starts to help you shift away from the tactics to the thinking, and kind of what your role can be as a web designer.

- [Voiceover] Yeah, I so appreciate you taking the time. - Thank you for having me. - [Voiceover] That's it for this weeks Web Career Clinic. Tune in next time as I explore another topic for web professionals, and if you have questions about your web career, hit me up on Twitter at @laurenbacon, using the #ProWebClinic. See you next week. 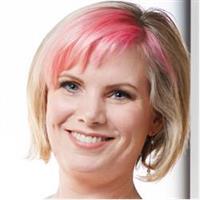 2/8/2016
This series explores web careers from a variety of angles: insights from veteran web designer and agency principal Lauren Bacon, interviews with industry insiders, and answers to questions from our members. Lauren Bacon has mentored and coached many web professionals as they were starting out and loves sharing all that she's learned from her 15-year career as a designer, front-end developer, and agency principal.

If you're interested in a career in web design, programming, UX, SEO, project management, or content development, this course is a great place to start. Learn about the career options that are available to you, identify a path that fits your skills and preferences, and look a few steps ahead of where you are now, to plan your professional future.