You can find this text in the lesson files.…Let's highlight all of it and we'll add,…let's highlight all of it and we'll change the font…to Courier New and 12 point.…Let's also change the line spacing from the default 1.15…to single-spaced and let's add custom spacing…after the paragraph 212 point.…This will save us a lot of steps later on.…Now, we'll change some of this as we go.…

Let's start by changing the graphics and music.…We want this to bold.…You can set this off any way you want to.…If you want to make it italic, you can.… 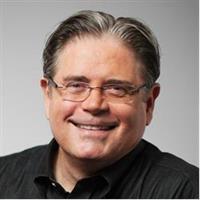