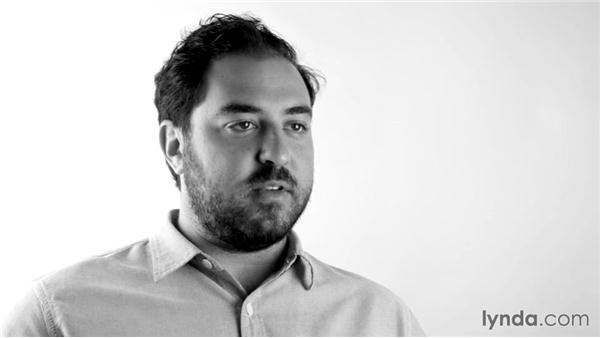 Join Dane Howard for an in-depth discussion in this video Sandwich Video, part of The Power of PreViz Using Video.

Well when I started making these videos I was calling them demo videos just like everyone else was, I think. And it came from the tradition of screen caps, like screen casts which is very basic, very dry. Somehow capturing the, the interface of a website or a piece of software or a piece of mobile software even through the simulator.

And it's always going to be a little bit more compelling or a lot more compelling to hear about something from somebody who's looking directly at you or speaking directly to you rather than speaking behind a screen or something. And, so when it came time for me to do my first product demonstration it was something that I had built with a partner, it was a piece of software that I had built for the iPhone with a partner and I wanted to tell people about it directly. And I wanted to do it into a camera and at the same time I also wanted to show them how the software worked.

With my compositing background it was really easy to just slap one on top of the other. And here's me in the backyard over there sitting in a chair wearing a suit. And then if I do this and I hold up my iPhone, it's going to be too small. Nobody can see. And the ca, it's going to be shaky like this. Hard to focus. But what I can do is, I can take that in digital form captured through the Xcode simulator on the Mac.

And I can composite that element on top of me talking about it. And then the audience can get a real clear picture and a real clear vision of specifically what it is that the software does. I'm in the unique position of, of being able to identify those details and magnifying them, and highlighting them on, on video as part of the process of, of telling the story. Clients love Previs in the commercial world. They absolutely love it because it saves their money you know, it saves them money. I sort of am a fan of this concept that everything you do until the final delivery is Previs.

And what I love about, I mean, non-linear editors, with the tools that we're given, allow for quick iteration, rapid, rapid iteration. And that's the most important thing that's happened to film making in in, in the, in, you know, in the last 50 years, I think, is the development of the non-linear editing and, and computing technology. Because it allows us to quickly try out different drafts of an edit and see how they fit together and that, that is, that is how styles of, styles of editing decisions have, have, have developed, and evolved.

The idea of being able to, to draft, to iterate, is very, very important. In my work that I create, I use previsualization techniques in a bunch of different forms. Number one could be the traditional animatic. And I'll do that animatic style of previsualization and that's been extremely helpful just in terms, in terms of proof of concept. You know, you can have an idea going on in your head and you can see it and you can trust your vision as much as you want. But something about actually knowing that it's going to work, just that extra little bit of insurance policy makes you that much more confident in going in and putting it on, in capturing it on camera.

So if you're a filmmaker then, some people are naturally good at, at letting go of lots of the process and inviting other people into the process to just handle large chunks of responsibility. And I wasn't good at that. But I think that's a, a skill that's crucial to success. As an example, it made sense to me that I would be the one on camera when I was talking about my own product. Because I was the one who, who knew the most, who knew it the most intimately. And I was the one who was behind its gest, it, that, its gestation.

And I knew the spirit behind it. And so that made sense. And I, it was comfortable on camera talking about the product. And then the next time it came around, and I was making a story that wasn't my product, the client asked me to, because they liked the, whatever it was, the, the genuine feel of how I talked about my own product. And they wanted me to convey some of that. And so I did. And then it happened again. And I started to get a little bit uncomfortable with this idea that I was going to be this on-camera presence.

But then it sort of made sense to me. Sure, why not. Maybe I'm not the most handsome guy in the world, or but I do feel something strongly for these products. For, for people who are interested in telling these type of, of stories, about a product, you know, don't get so hung up on the way you've seen it done historically. Don't get so hung up on the traditional TV advertising language which seems to be a lot more about getting our attention through cleverness or, you know, forced metaphor and stuff like that.

Be excited about communicating an idea or showing someone how something works. Imagine that you're, you just bought a new toy and you want to show it to your mom. And she's not going to understand it right away if you just talk too fast or speak in broad analogies. just, just tell your mom how it works. Here's how it works. This is Jason. Jason came by because he likes my couch, and he wants to buy it from me. Now, because I've already- 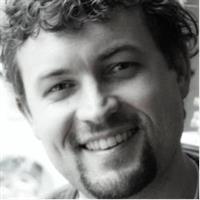 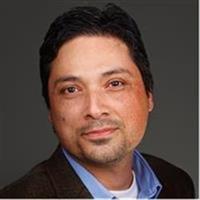 5/2/2014
In this installment of The Power of PreViz, Dane Howard explores video as a tool for telling a story about where your projects are going. By making concepts a reality early in the process, video can be used to identify key creative opportunities as well as potential trouble spots. Earlier he followed creative professionals at BMW and One & Co; here he investigates the process at Sandwich Video, and how previsualization helps founder Adam Lisagor make his incredible short films for innovative companies like eBay.

This course was created and produced by Dane Howard and Richard Koci Hernandez. We're honored to host this content in our library.