A documentary case study - Gunned Down: The Power of the NRA (Part 2 - Dissecting the Sandy Hook scene) 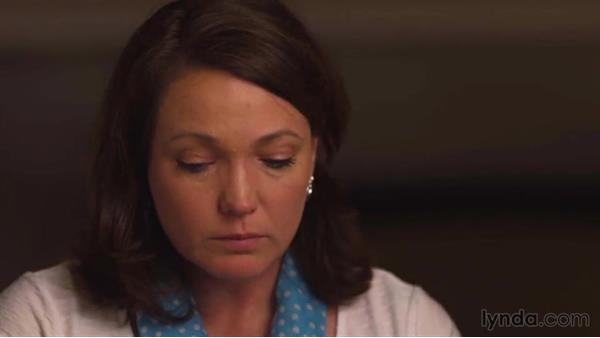 - What I think is the most emotional part of this film, even though that structurally was I think a very good decision in anchoring the viewer in what's going on at the end, is the Sandy Hook scene. And if we could take a look at that and then discuss your strategies, particularly just the way that you're using the motif of what you already discussed, the image system of the wave form in that-- - And the photos. - And the photos. So let's take a look at that.

- Sure. The only thing I would like to say is that there's a method to the madness, even here. And that, (mutters to self). And that what Sandy Hook represents is the final sort of conflict before any kind of resolution was about to happen. So it's at that moment that three-quarters of the way through your film, when you're really right at the meat of the matter, where the two forces are at their strongest, and then something happens that makes them really have to go to battle.

And in this case, that was Sandy Hook and this is the film. So we start off after a scene and come to this kind of angelic moment just to calm everything down. Let's let the battles kinda settle down. And you kind of don't know what you're looking at, then you kind of hear the phone ring and it comes in and you know exactly what's gonna happen. You see the sign for confirmation, and your heart is dropping in your stomach and you hear the first phone call. And we decided to give these a little bit of a Dutch angle because we wanted to differentiate them from the other ones. So we kinda said, "Okay, let's work with this a little bit." Then we see the gun and we see how complicated and how menacing it looks.

And then it hears the shots and we decide, basically at this point we can go pretty much straight ahead with all the shots. And these young children are the victims of all those peaks. And then part of one of the amazing things in the 911 calls, you can actually hear the gun shooting in the background. And so we tried to maximize that and again, just humanizing the sound of that peak of a gunshot to a individual who is injured or killed. - And towards the end of this montage, these literally, they come together as one.

"Pop, pop, pop, pop." - Right, exactly. And we also wanna make sure it was not just children, it was the protectors, you know these brave women who stepped forward to try. And then this whole scene is all about the chaos of what happened afterwards. They weren't prepared for it, in this part of the town, for them to be able to. Nothing like this should've happened in this part of the world, and so it was just chaos. And that montage is all about that. This is one of the victim's parents, of this young boy.

We kinda tried to highlight the faces and kinda defocus the backgrounds on the rest of them. So it wasn't really about, the photos really aren't about a place. They're really about a face. And so we worked to kind of manipulate those photos slightly just to really focus on these faces, these children. We blurred the background, just focused on his face. And then the most emotional moment in the whole film is her line. - This is a school. These are first grade kids. - And then my favorite scene, I couldn't leave this scene and go to President Obama doing his thing.

I felt very strongly that you needed to have a moment of silence for the horror of this event. So I stuck in these last three shots at the end of the sequence primarily just to give pause. And I just said I need a moment's pause after this incredibly emotional moment on her part, where she lost her first grade old child. And said okay, that horror that she's feeling on camera right now was expressed, felt by many there. And so I just grab these three shots to kinda carry that through.

Again they're black and white. Again we focused on just the faces. We defocused the rest, kind of vignetted them, just to make it so these are the people who went and had to live that day. And it's chilling even now just to watch. Because jumping to Barack Obama would have been too soon after that moment. And it just was those extra shots, just gave a little bit of pause, before going back into politics and policy. And that's how it played out. And of course you can see this scene's amazing where Barack Obama cries on camera about the event. He had young children himself obviously.

And it was terrifying. But that's what that scene is all about. It's about maximizing the raw emotional charge of living through the horror of losing a loved one of your own through the madness of gun violence. I'm not trying to say that gun control will solve that because in Adam Lanza's case all those guns were owned legally. He was just a man who had lost his mind.

And I don't think you're ever going to stop that. - You said before that structurally you felt it was important to bring that moment up at about three-quarters of the way through the film. And that's something you do a lot of the time? - Yeah, you want to try to build, when you're cutting a film, I'm sure those who study film, film studies will have better names for it. But basically for me, for me every film has a beginning, middle, and end. So is the beginning is sort of the you know, let's build the world that we know.

Let's learn about it. The middle is the let's expand to see why, the relevance of this, what's the big picture idea, and how all these complicated things kind of fill in. And then as you kinda get towards the end, just before the end, you want some kinda conflict that culminates the entire message of the film. And for us it was Sandy Hook. And then the rest of the film is the culmination of that, the resolution of that moment. I often think of the, I often call documentaries and story structure very much like a dragon.

There's a head, sort of ornate, you kind of make it sort of fanciful with horns, and teeth, and eyes, and colors, and smoke. Just to kinda get people interested in. Then there's the neck which is kinda like the beginning of the tale, beginning of the narrative, that goes into the body which is the bulk of the story. And then right at the end there's a turn to the tail. And that's where these kind of moments have to happen. And the tail is the end of the film, where once again there are spikes. Once you build that structure out, very frequently you'll find that some of the things you did at the beginning are affected by what you're doing at the end.

As I say, the head of the dragon will turn around and look at you as you're trying to lay out the tail. And you have to go back and fix things, but it's all a process.

Video: A documentary case study - Gunned Down: The Power of the NRA (Part 2 - Dissecting the Sandy Hook scene)