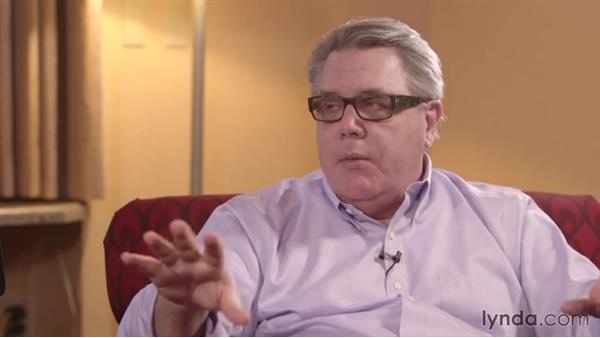 - In that whole process that you talked about, what excites you the most, what's your favorite part, and what is the most challenging part? - My favorite part is probably finding that first shot that begins a scene and building the audio fugue that goes underneath it. I would say that's probably my favorite part. And finding unique sound design elements that fit into this scene that may be abstract, that may not be, for example, I'm constantly enamored with this idea of a distant siren, a siren often a distance as passing a few streets away.

I find it adds a little bit of drama to a scene, an urgency, without being overly impactful and affecting the scene itself. Another one of my favorites is dog barks. If you have a poignant pause in the scene, you just kind of do for just as a pacing thing, sometimes a distant dog barking adds a little bit of, or even a bird chirp or a duck quack, or all these little sounds, help bring the space alive. I like doing things like that. And then the most challenging thing, I have to say, is trying to work with stock footage because frequently stock footage is not raw material.

It's very often pre-cut scenes, cut for another venue, or another, as in a scene that had another purpose. And frequently the shots are either too short or too flat. There's not enough interest in the shot. So that can be very tricky and that's really where the fine art of editing comes in. It's taking that material that is not pristine and still eking out by digging in and finding stuff.

Just an example, we were doing a show "Being Mortal" with Atul Gawande, which is a great Frontline, and it was all shot in a hospital except for a few scenes that were shot in the people's homes. And, there was just this one scene that just wasn't working and the shots weren't there and it was only when I said, "OK, we're stopping now. "I'm gonna look at all the raw footage again. "We're gonna go right through it from the beginning." that I find that I had missed a clip that was in the wrong bin, that there was another whole scene of these people which totally saved the scene, totally saved the day.

That's the kind of discipline it takes to say, "It's gotta be here." The story is in the footage. If this scene's not working, it's because I haven't got the right footage, or I'm trying to impose some story onto this footage. You gotta go back to the footage and see what's really there, then we'll know what our story is. - When you are coming up with the visuals that use things like stock footage and archival, and that sort of thing, so if you don't have it, I know you also have the ability to send your shooter out to get what you need.

So, is that kind of how it works? You work with what you have first and then ask for what you need later? - It's very expensive to send shooters out so generally speaking it's, I think I'm gonna get this number wrong, but it's approximately around 20 days of shooting for a documentary. And so, those are budgeted very tightly because a lot of those are interviews. They'll do three or four interviews a day in a hotel room or a suite very similar to this, actually. So generally speaking, unless it's an emergency we won't send a shooter back out. What I will do is sometimes is decide, "OK, we gotta re-frame this." and maybe what we should do is say, "Let's make this about a character instead of a place.

"Who's the character in the story we have here? "OK, let's get a photograph of him or her." and manipulate that photo and we'll do this as a photo sequence and try to find a way to create the drama in that. So that's really what I do. If I really can't find any stock footage, we'll say, "Forget it. It's not happening. "Either get me a good guilty building," because we have, over 20 years, there's a lot of good guilty buildings over at Frontline. Or, "Let's make this about a character "and let's get those photos in there." We run Bridge, Adobe Bridge, all the time and that's just always on the monitor.

The producer and everybody can scroll up and down and look for stuff and things are constantly being added to it. So, that's how we would do that other thing. - Because you make so many films about events that are currently happening or just have recently happened, what are the challenges and ramifications in working with such hot, current material that people have such controversial feelings about often? - Well, here's the thing, whenever I'm cutting a film, whatever the film is, any... I'm sort of like the CIA.

I take morality out of the picture. As an editor, I'm there to collaborate with the directors and producers and reporters of the film I'm working on. So, I try to... I completely try to be agnostic about my feelings on any subject that we're cutting because I want to make sure that I'm an extension of their journalism, without any thumbs on the scale or without any influence in that path. So, personally, I totally...

I have no dog in that fight. I try to make it as good as I can for that journalist, to support the journalism he's done or she's done, but I stay out of it. However, it frequently gets tricky around large family conversations around Thanksgiving or something like that, when you've done a show and people are on both sides and they say, "What the heck you doing at Frontline?" You know, we did the show about NRA and that's tricky no matter which side you're on.

And you have to frequently say, "Hey look, we gave everybody a chance to talk. "Everybody had equal time, that's it." And you just go with it, but it can be, yeah, some people think I am a wicked conservative, some people think I'm a wicked liberal. And it's just like, "Hey look, it's not me." (both laugh) It's funny you should say that, because in the Choice films that we make which is about the presidential runs, we actually do go down and measure how many minutes each character story is onscreen. and modify them to make sure it's equal.

But in most films, it's just sort of the natural rhythms of the narrative. - But what about your audience, I mean you say you have conversations with your peers and family, but obviously most of the people watching it are people you don't know who are coming into the topic because they're probably interested in the topic. - Absolutely, I think that most people come to documentary because of the subject they're already interested in and they already know quite a good deal about it, if not everything. I actually think Frontline has a particularly well-educated audience, per subject, per topic of film.

So when you're making the film, you have to appreciate the fact, so we use the term "speak knowingly", "speak to peers" because we're talking in the film to people who are invested in the subject already. Now, one of the tricky things about documentaries that last an hour long is a big subject like the NRA, or the CIA's torture plan, or the NSA's eavesdropping, is that that's very hard to tell, in total, in 55 minutes.

I would say it's impossible. I would say it's impossible to tell in two hours. So, the trick is, how do you communicate to your audience that you are not going to touch on everything? And the way Frontline does it is through a method called character-driven narrative. And so, let's just say that the sphere of the NRA story is a certain size, abstractly, and there are many points we won't be able to cover but if we can figure out a way to tell a narrative through a character, then we are telling that person's story through the sphere.

That's their trail through the sphere of the topic. And so, I believe, people tend to be much more forgiving because it's not Frontline not mentioning things, it's this poor person who's going through that trail didn't know the things that the viewer knew. And so then it becomes this, "Wow, it's too bad" or "Oh, if they only knew this" to the character. They become attached to the character. That person becomes the protagonist through this narrative, and engaging the audience once again. So that's sort of the broad stroke idea of how we do a big story in 55 minutes or even if it's two hours.

- Well, I think that's not only a good strategy, structurally, to fit your time-sensitive needs but it is absolutely the most engaging way to make a film. If you make a film about something so amorphous as gun control, it's gonna be very hard for your audience to focus and care and engage on the level that if you were able to really focus and engage and care about a character. - I think so, too. I really do. I know that we make, it's tough, you make the big financial films, you start talking about businesses, but businesses are not characters.

It's very hard for an audience to identify with a business or see their struggles. When Lehman Brothers fell, you felt bad or good, you felt indifferent, you're kind of like, "Well, shouldn't they have fallen?" or "What's the deal?" They don't understand the implications of the human impact, necessarily, on a business. I will say, though, the trickiest films to make films or documentaries about is the internet, because the internet doesn't move. (both laugh) It's static page on the screen, and I've had to find that to be the most challenging films we've ever made that have to do with the, and then I say it's one of those, obviously.

So it was very tricky.