Compositing an Alien Portal in NUKE 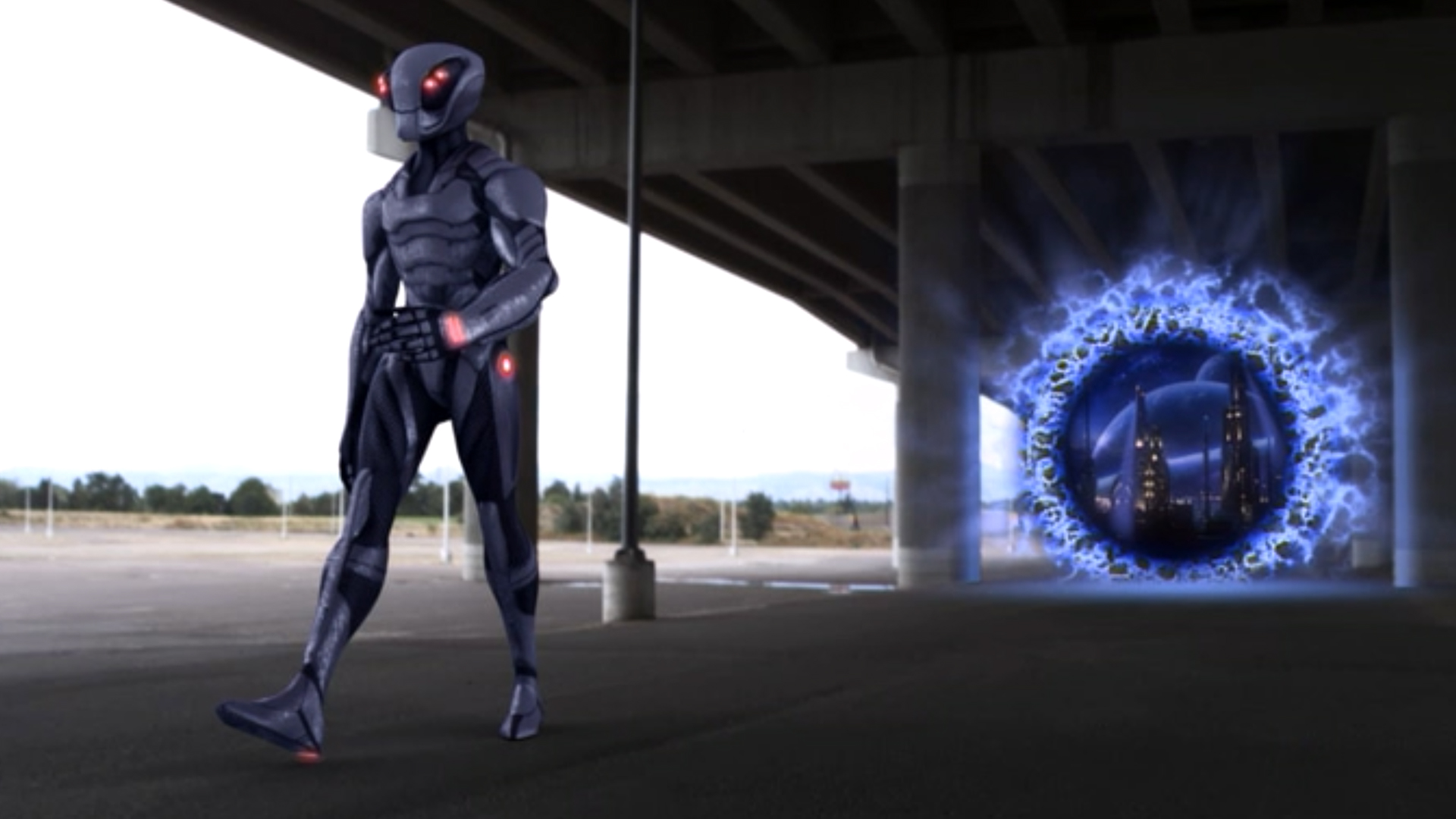 - [Voiceover] Hi, this is Steve Wright. Welcome to my Visual Effects Techniques, Creating an Alien Portal. This course is designed for artists already familiar with Nuke. While I'll be using Nuke to build the shot, you can use any composting program with similar capabilities. In this course, we'll build this visual effects shot showing the mantis warrior, a CG character developed by Nick Fredin, as it steps through a space portal and into our world in full body armor, setting off alarms and flashing red lights.

The elements we'll have to work with are the CG render of the mantis character in an EXR file, a background clip shot with a RED camera, and this space city picture. First, we'll composite the mantis character over the background, then add his shadows, which are included in a separate pass of the EXR file. Next, we'll do camera tracking to get a camera solve, which will be used to track all of the portal elements and other effects into the shot. If you don't have NukeX, you won't be able to do the camera tracking, but this is not a problem since the very next script will have the camera tracking solution in it, which you can use with regular Nuke to continue the course.

Using the camera solve will first lay in the portal rays, which emanate from behind the portal, then the portal itself. These are all created entirely in Nuke using the noise node. Next, we'll set up interactive lighting, which is essential for a convincing shot, by adding lighting effects to both sides of these pillars and the ground below the portal. We'll then create a flashing red light sitting just out of frame, then set up interactive lighting from the flashing light onto the mantis character's body armor.

In the last chapter, finishing the shot, we'll do the final color correction of the mantis, add a glow effect to his red suit lights, and add a mysterious blue glow to the ceiling. After that, we'll go back and refine all of the interactive lighting for the best look. Please note that this course uses the camera tracker and a variety of other Nuke nodes. This course is designed to show you how to build this shot using Nuke, not to teach camera tracking or any of the other nodes used. For that information, see my various Nuke courses here on lynda.com.