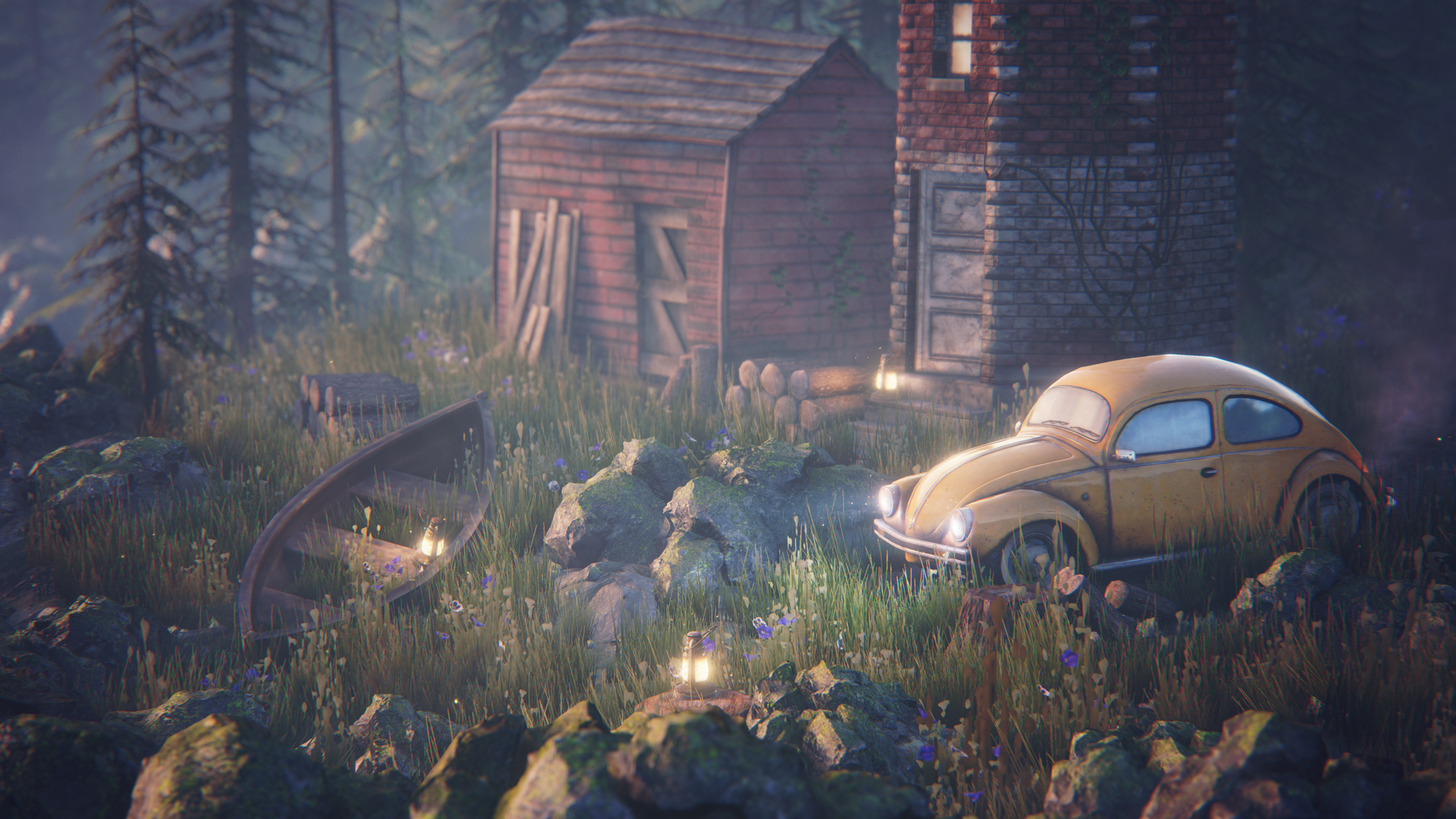 - At the root of any powerful game engine is the ability to program customized code or script to make your project or your game more powerful, or to have full, complete, elaborate control over every aspect of the game. Now Unreal, of course has a very rich history in the ability to customize a game or a project with programming. But Unreal Engine 4 has evolved to an entirely new level where you really don't need to be a full programmer to be able to do powerful things that were, in the past, pretty much restricted to the ability to code.

Now this is the ability to use what we call "visual scripting." In Unreal Engine 4, that is referred to as blueprints, and what you'll see in the top of your interface here, is this Blueprints icon. And I just want to give a quick overview as to what blueprints are and how they can be utilized. Blueprints are a very powerful visual scripting way of developing complex code or programming for your game. The way blueprints exist within Unreal Engine 4 is much like the way they did, to a certain degree, as Kismet did, if you're familiar with that in UDK or the Unreal Engine 3 previous versions.

This, of course, is much more powerful. It offers a much more robust system for developers and artists, and underlying everything is this ability to wire together functions and variables to allow you to create complicated processes. Of course, you can create these complicated processes but with much less complication. So, let's take a look at some of the different versions or different classes of blueprints in Unreal. If we go to the Blueprint icon and we just click the pull-down menu there, you'll see this simple little pull-down menu that'll offer you to create a new empty blueprint class, or to open existing blueprint classes.

Now, I should point out that there are two basic ways of looking at blueprints. There is the overall level blueprint, and this is something that exists for every scene that you create, any level has its own base level global environmental blueprint. And this is where you can create visual scripting nodes, linking them and wiring them together to have a global impact on the entire overall level or scene. So, in this case here, we have a level blueprint of course with this level, but we also have the ability to create individual blueprint classes.

Now a blueprint class, which you can often sometimes hear as being shortened to something called just simply blueprint is an asset essentially, so this is a specified asset. If we click on "New empty blueprint class", we'll see that we get this ability to pick our parent class, and this is anything from actors, characters, all the way down to a specific scene component. And this is where you would define what that parent class is, and from there you would dive in and build your visual scripting or link your nodes together.

So let's take a look at what the Level Editor's all about. Now I mention that that there is a level blueprint, and every scene has one of those, so if we open up Level Blueprint, we're going to get an interface that is not that unfamiliar, especially if you're used to the overall user interface of Unreal Engine 4. It operates on the same principles, with a menu bar, a toolbar, and a Details panel over here on the right, which of course is going to give you all of your attributes, your parameters, any of your settings or your specific details related to the nodes you're working with.

This event graph is very much the same type of two-dimensional user interface or display like working in the other editors, such as the Material Editor, and this is where you can drop down simple nodes, and be able to start to link them together. So, in this menu set, you'll see that it operates in the very same way that material editors would operate as well. Now in here, you'll have the ability to link together your variables, your functions to create code and drive other aspects within your scene.

So, the idea behind blueprints is that we can simply add things that would have otherwise been relegated to a code window or to a console where programming would be required, or some scripting, to be able to essentially code in overall assets or values. Now with blueprint, you can link together nodes to create this visual scripting power. And as we can see with our scene, our lighthouse scene, we're really starting to bring it together now, we have a really nice environment assembled, we have some nice effects going on with fog, even the water with the seafoam happening here, and of course we have lots of different particle effects that we've defined within the environment.

So, with visual scripting we can now take advantage of building in some custom variables or custom scripting to control certain aspects of this scene. So let's move ahead and take a look at how we can do that, but here in this video, I just wanted to give a quick overview as to what blueprints were within the Unreal Engine world.