Create shadows in the scene 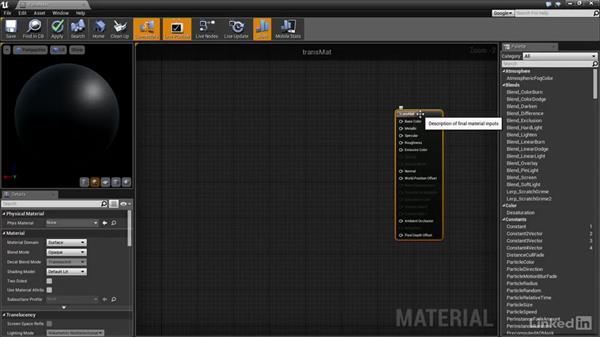 - [Voiceover] Let's look at shadows, which go a long way to adding realism and believability to your scene. From a performance context they are not trivial to produce, in fact calculating the shadows of a light are often more expensive than calculating the light contribution. Like the light contribution there are trade offs between making the shadows static, stationary, or dynamic. Let's go ahead and make a spotlight and place it in a part of our scene that allows us to cast some nice shadows.

I'm gonna position the spotlight behind these columns, I'm gonna rotate it so it's casting them in that direction. You're gonna wanna increase the attenuation radius. And if I switch to view mode lit we're definitely gonna have to increase the intensity. I'm gonna try something really high, 100,000, so that it's pretty obvious what the shadows are doing.

Might even go one higher. Now we've got nice, strong shadows. I wanna show you what happens if we bake these shadows, so I'm gonna change the light mobility to static and build lighting only. You notice when the lighting's built that the shadow quality is not very good, especially on the ground.

That's because the landscape is quite large and so it requires a lot of pixels to cover the entire landscape. In other words the texture memory has to be quite large. In order to get better shadows I'm gonna select the landscape and I'm gonna go to lighting, static lighting resolution. This value is a multiplier on the texture resolution for the light map. So currently it's set to one, if I set that to 16 and build the lighting again you should notice that the resolution increases and our shadows should look better.

As mentioned in an earlier video, when we bake our lights and subsequently the shadows we're actually doing a ray tracing algorithm to produce the results. You can see already that the shadows are looking better. I also wanna show you translucent shadows. In order to do that I'm going to quickly create a basic cube. We're gonna take that cube and turn it into a wall-like structure that we can then make translucent to cast a translucent shadow.

In order to make the cube more wall-like we're simply gonna scale it into a rectangle. I've gone ahead and determined some values that are gonna be useful for turning this into a more wall-like structure. Select the cube and go to the scale parameter, type in point one for X, 2.25 for Y, and 3.5 for Z. Now we just have to move this so that it's in between our pillars.

Once it's in its place I'm gonna go over to the content browser, select material, I'm gonna right-click and create a new material. I'll just call it trans mat. With the cube selected and materials open I'm going to drag trans mat into the material parameter. The cube now has the trans mat material. If I double-click on the grey sphere for that material the material editor will open and I'm gonna zoom in slightly and select the root node, trans mat.

I'm gonna select point seven for now. And you can see that it's no longer completely black, it's translucent. Now black is not an ideal color, so I'm going to right-click and choose constant three vector, which is a way to select a color. I'm going to go down to constant and on the color swatch I'm gonna change that to something other than black. Feel free to pick your favorite color if you'd like. This isn't mine, but it's a nice one.

Let me make the mobility type a little more visible. In order to show cascaded shadow maps in action we're gonna set the mobility type to movable. The first parameter I wanna look at is dynamic shadow distance movable light. It's a long name, but all it means is the max distance that we're going to sample shadows for. If I decrease this you'll notice that shadows start to disappear in the distance. And if you go right down to zero they're gonna disappear completely.

If I bring that back up shadows start to appear further and further from the camera. The next parameter I wanna look at is num dynamic shadow cascades. This controls the actual number of shadow maps that cascaded shadow maps generates. It generates multiple shadow maps because further away from the camera you are the less concerned you are about shadow resolution. Let's set this value to one to demonstrate this point. No matter where you are relative to the camera the shadow resolution is going to be the same.

It's gonna be rather blurry. If we increase this to two and move the camera around you'll notice that there's a popping happening. And that's the cascaded shadow maps choosing between the higher res version of the shadow map and the lower res version of the shadow map. Three or four are usually good values for a large scene. Shadows go a long way to making your scene look more realistic.

Choosing the right approach to shadows for each light is as important as the light contribution itself and essential for a believable scene. 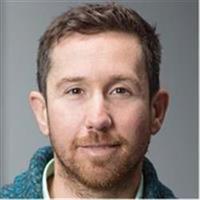 7/6/2016
Unreal's shading and lighting pipeline now approaches film quality, thanks to its implementation of advanced features such as Lightmass global illumination. What more can you want from an open-source game engine? Join Tom Sirdevan as he shows how to create realistic, physically based lighting for your own games with Unreal Engine 4. He begins with a look at direct lighting (point, spot, and directional lights) and then moves into the indirect lighting domain, including skylights, global illumination, and reflection capture. Learn how the lights differ, and how to optimize their use for real-time performance with static, stationary, and dynamic game types. Chapter 3 covers deferred shading, distance fields, and dynamic skies with Blueprint. Post-process effects like bloom, lens flare, vignettes, and depth of field finish off the scene and the course.
Topics include:

Video: Create shadows in the scene