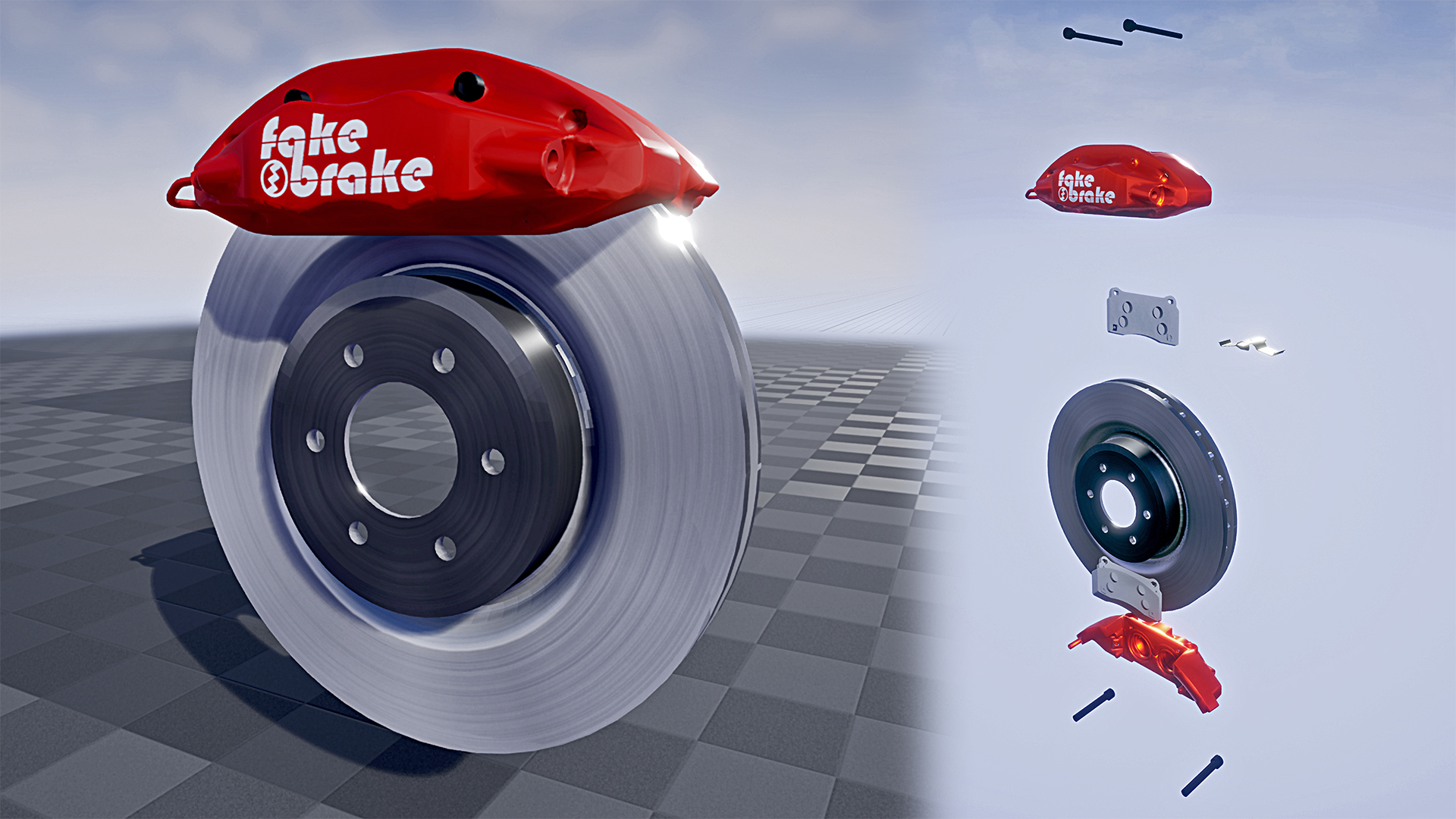 Creating camera moves and cuts in Sequencer is a simple and effective way to visualize CAD data in Unreal Engine.

- [Narrator] Here we are working in Sequencer in Unreal Engine for our CAD Visualization project. We've taken a look at how we can bring components in to animate them over time. That is, our exploded view that we've created with blueprints previously and also a simple turntable effect just by bringing those components in and animating the transforms in Sequencer. And we end up with something like this, kind of a starter version of this visualization of it rotating and exploding or starting to explode out. Let's take a look at how we can add in some Camera effects to this or yet that is, how we want to animate a camera, to have it move throughout the scene.

So what we want to do is again, if you don't have Sequencer open, you can go up to Cinematics and select the sequence that you created previously. In this case, I'm using one called CAD_SEQ. Again, you may see other ones in there because the final project is built directly into this project structure so you may see a couple of them already in there and you can certainly open those up and play with them as well. What I want to do is actually add in a camera. So I'm going to go to the top here and I'm going to click Create a New Camera and set it as the current camera cut.

So when I do that, a couple of things happen. I'm going to close this CAD VP down. You see that we've got a camera cuts that was added in there at the top and then a cine-camera actor was added. This now going to become our main actor, camera actor or camera for that matter in Sequencer. And we can see that it's actually here active. So if I click on the camera component. We can go over to Details and we can effect things, how they are in there. One thing that you're going to want to change is underneath Focus settings, which bring that down, turn it to None.

You can see right now by manual, everything's a little bit blurry. But if we put it to None, it's going to snap back to just a regular setting in there and that's what we'll leave it at, for that. As well, what we want to do is simply animate in some simple transformations on here. So we'll go to the Transform tab, we'll go to Location and we'll also bring up Rotation on there. So right now, the camera that has been dropped in view is simply just sitting here and it's not really doing anything. Well, let's add in some translation to this.

So maybe what we'll do is we'll start out here. I'm going to just grab, I'm going to set some key frames on my X, Y and ZED. So we should see key frames drop down and I also want to keep the rotational values there, simply as well. So I'm going to come back to my Scene view here and I'm going to zoom out a little bit. Now we have auto key on, which should just automatically key frame everything in there for us. I'm going to start to move my X,Y back a little bit, Zed just to bring it up a little tiny bit.

Our rotational value we can maybe work with ZED, just to bring it a little bit off center and then what we're going to do is drive this animation down, all the way towards the end of the sequence. So we'll move it along, down to around 200 or just before maybe. And then what we can do is start to bring that camera into the view here. We don't want to bring it in too close because we do want to make sure that we can see any exploding animation that we've done here. If you've added more to it, you may have it exploding towards the camera as well, so just something to be aware of.

Maybe this one rotates back this way and we're kind of looking at it there and then if we preview that back, we can see that we're moving away from there. And then, one thing I just want to make sure is that we have our default scene rotational value. Let me just grab this. And we just want to make sure that we're getting that overall animation in the scene there. And I can see right now that the rotation is, we're not getting our overall rotation on that.

So I'm actually going to delete that, make sure I'm not deleting the camera transform. And I'm going to add in, right from the top up here under CAD VP, I want to just make sure I add in that default scene route here and then put down a Transform Track. Because we want to make sure that we have that rotation of that turntable happening in there. So we'll do that with rotation on the ZED which if we go back to, we'll start around frame zero with this one.

So we can drop down a key frame at zero on that and then we can just scale this right across to the 200 and rotate this guy into something. I believe we had it around 850 before. And then the only difference that we made on that was that we got our key frames to be interpolative there. So I've just hit F on the curve and then I'm just going to go put a linear curve on there so that everything is just a little more basic and linear here.

And here's our Simple Camera move that's happening with our turntable and a bit of exploding view animation happening in here. And of course, we could take this a lot further and begin to do different things with Camera effects. The cool thing about Sequencer is anything's animate-able in here. So you could bring in render effects, you can bring in lights, any kind of component that you want to bring in and set up to animate for your visualization. And that's an overview of how you can create Camera animation with Sequencer for CAD Visualization in Unreal Engine.

4/25/2017
Unreal Engine 4 (UE4) is a complete suite of real-time visualization tools from Epic Games. In this course, learn how to work with UE4 for CAD data visualization. Craig Barr shares tips for bringing in CAD data that's Unreal Engine friendly, and explains how to set up a project and scene. After Craig shows how to get your project started, he goes into working with materials and lighting for CAD visualization, and provides an introduction to Blueprints in UE4, which provide a powerful way to visually script nearly anything. Plus, he looks at how to render still images and shows how to output a visualization edit.
Topics include: