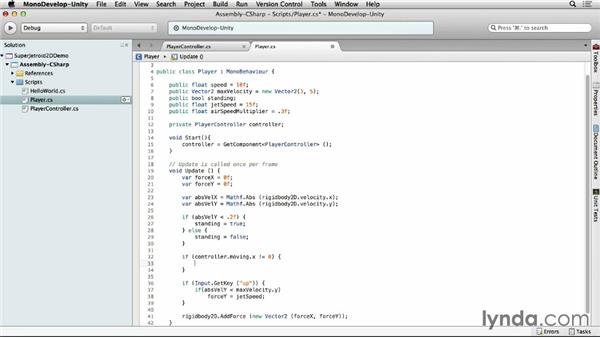 Join Jesse Freeman for an in-depth discussion in this video Creating a controller class, part of Unity 4: 2D Essential Training.

…So now that we have the ability to move the…player left and right and up, we want to make sure…that we take that code and we abstract it from…the player class and create what we call a player controller.…The idea behind that is if we want to change keys down the road, or we want to…add different types of input, we don't want to…have all this hard coded into our player class.…So to get started, let's create a new script.…We're going to call this player controller.…We'll open up player controller and mono develop,…and we need to add one public property.…