Changing animations on the player 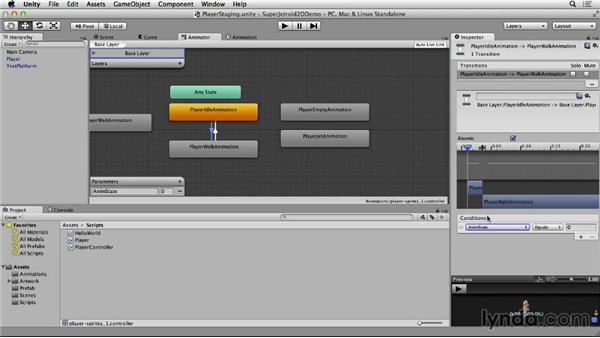 Now in order for us to actually link one animation…to another, we're going to need to make a transition.…If you right-click on the player idle animation…and select Make Transition, you'll get an arrow.…Let's join this to the player walk animation.…The animator is a big state machine.…And what that means is that each one of…these transitions represents a state and we can set that…

Video: Changing animations on the player