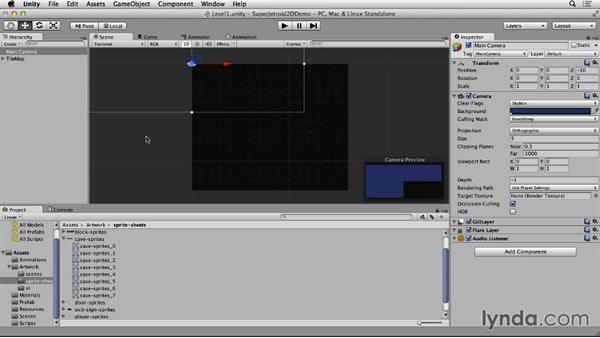 Join Jesse Freeman for an in-depth discussion in this video Building a level, part of Unity 4: 2D Essential Training.

Now, lets zoom in a little bit more, so that we can see…the grids here that make up each of the tiles in the back ground.…We're going to select our cave sprite, as you…can see each of our sprites is 100 pixels…by 100 pixels, which should match up evenly,…to each one of the tiles in this grid.…Let's go down and select Sprite 7, which represents a…dark background, which will be the basis for our level.…We'll simply drag this into the scene, and set its position to 00.…

Next, as we move it to the right, we're going…