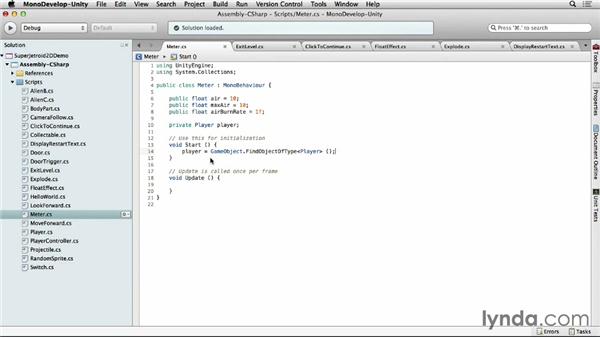 Let's move the meter, out of the game scene.…And so we don't lose it in the scene, we'll give it a label.…Now in our scripts, let's create a new C Sharp script called Meter.…And open it up in mono develop.…Now, inside of our Meter script, let's add a few properties.…We're going to need the air, the maximum air supply the player can have.…The burn down rate for the air, and a reference for the player itself.…Now on our start method, lets get a reference to the player.…