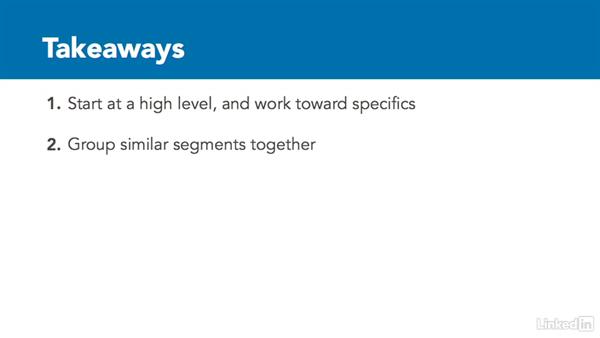 Implement a design hierarchy to apply filters/interaction and charts in a visually appealing way.

- [Instructor] Creating a hierarchy in your dashboard is really about creating a natural flow for your viewers to help them follow through the dashboard and make the experience more intuitive. So I want to talk a little bit about visual and design hierarchy, because when we're thinking about designing our Tableau dashboard, we want to kind of align the images or align the layout with the way people read a screen and then place our text, colors, images, and content in a way that kind of helps follow along or influence the order of what people will see when.

I want to take a look at this picture real fast as kind of an example of visual hierarchy, and how people usually read a screen. In general, people start in the top left of the page, so where we have the number one, and then work left to right and then top down. So, it's very general up at the top, just the picture, then just big text. Then slowly working into very descriptive examples, so we can kind of apply the same sort of idea, or same sort of formatting, to our Tableau dashboard. One method I've found useful in designing a Tableau dashboard and creating this hierarchy is to use this three layer approach of Foundation, Controls, and Content to think about how to structure and design the template.

If we take a look at this image, you could imagine each of these layers, stacked on top of each other, and then our dashboard is really 3D with these stacked layers. So, though we're not actually doing this in Tableau, I find it useful to keep these different layers in mind, so that as I'm working with the template, I can think about how I want to change these different layers to help provide that design or hierarchy within the dashboard. So first is the Foundation which is really the base of our dashboard, and this could really be just the title, or the space on the outer edges.

It could also be the background. Maybe we want to change the color slightly, or we want to embed a watermark, various pieces, but really just kind of the very base of the report, the thing that everything else is going to go inside of. The next layer, the middle layer, is the Control layer, where really viewers are going to be able to interact with the dashboard, so this is a place where things need to be very visible, and where I like to use a little bit more color, but really the action items that people are going to be working on in the report. We're going to get into creating controls in the next chapter, but this is the space where we're going to put a couple of key elements of our report.

We want to start at a high level at the top, and then work towards the specifics or more detailed data. We want to group our similar segments or our similar layers together, so we want our foundation to look the same, we want control objects to look the same. We want our content areas to look the same. We also want to think about placement of our objects so that it's targeted with a bit of a story in mind, and we want to be strategic about this and how we craft our story. Part of this again is thinking about, at the top, what are kind of the first summary-level pieces of information we might need to provide people? Then again, since they're working top down left to right, what's the order of the charts? How do we want to place them so that it kind of matches the story that we have in mind? So let's go ahead and get started building this design, or this hierarchy right into our Tableau dashboard.

Now my control layer, I want it to actually be a little bit darker. I'm going to probably make this stand out a little bit more, so I'm thinking this is probably going to be a darker gray. We may move to a color later, but I really want the control layer to probably almost act as a space between the title and then ultimately the content. Okay, then we're going to get into the actual content, and so now we can bring in some of our sheets, and let's resize these just a little bit.

Okay, so now I've brought in the beginning of our content, and so part of why I wanted the background layer to be a little bit off on the color was now the white of the charts stands out a little bit better, so I think that's going to be great as we continue to add charts. Now since I've grabbed the map first, we have the filter in from the Region, so this is going to actually be one of our controls, so I'm going to pop it here under the controls section because we're going to keep that. I'm not going to worry about the size yet of the chart. We may bring it in later, but I'm going to take that out for now. Then finally, I'm going to bring in my Country clusters and put it underneath my chart.

So now we've got some sections for our foundation, for our controls, and our content, and really trying to create some design hierarchy will help guide viewers through our template and improve the visual layout of your report. 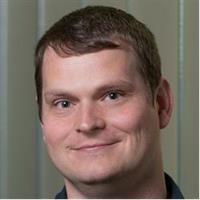 12/2/2016
Explore your data in new ways with interactive dashboards in Tableau. Dashboards act like dynamic reports that can be used for in-depth data analysis or to present information to clients. In this course, Nate Makdad shows you how to create them in Tableau 10, the latest version of the software. He shows how to build and format the worksheets that will feed your dashboard, design the dashboard itself, integrate analytics, and add interactive parameters that allow users to customize the display. Along the way, you'll learn how to use some basic principles of visual design to make your dashboards easier to use and more visually appealing.
Topics include: