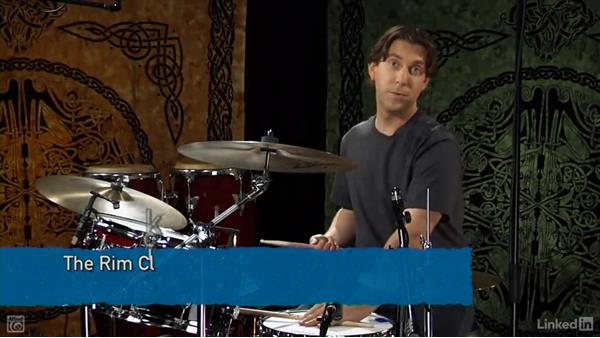 - The next thing we're gonna do is play some jazz beats. Jazz is an important part of our history. It's a great style of music, and we're gonna get started on it, and I just wanna make a note, that for jazz drumming, usually the drumheads, everything's kinda tuned up a little bit. So, it's higher pitched. I've tuned up all the heads on the drumset to be a little bit more along the lines of jazz tuning. And we're gonna learn some great beats. And let's get started. The first jazz beat we're gonna learn is something that Irv Cottler played on a song called Everybody Loves Somebody, made popular by Dean Martin.

And the beat goes like this. (cymbals and drums) Now you'll notice in that beat, it's similar to some of the blues beats that we've played, but this is set to jazz and it's just played a little bit lighter than you would play in the blues setting.

This next tune, What a Wonderful World, uses a rim click. And a rim click is played by placing the tip, actually turn the stick over so you're holding it upside down. Put the tip of the stick on the drumhead, and then we're gonna slam the part that you would normally hold, we call this the butt of the stick. We're gonna slam that against the counter of the rim. And it sounds like this. (metallic clicks) The next beat we're gonna learn is something that Grady Tate played on a song by Louis Armstrong called What a Wonderful World.

And the beat uses the rim click, and it's similar to the beat we just played, except we're removing the middle note of each triplet on the right cymbal. And instead of two and four on the snare, we're playing two and four with a rim click on the snare. So this is how it goes. (cymbals and metallic clicks) 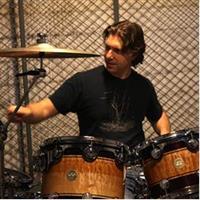