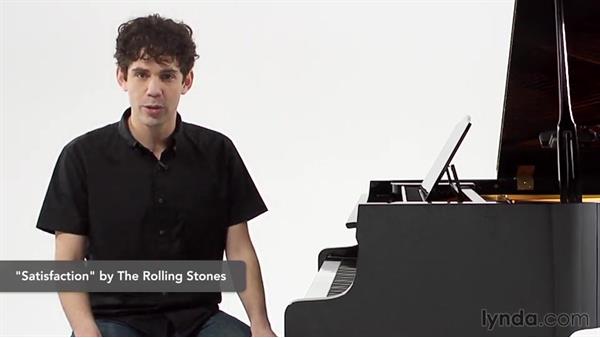 Join Julian Velard for an in-depth discussion in this video The hook song form element, part of Music Theory for Songwriters: The Fundamentals.

- The goal of a hook is to catch the listener's ear…and hook their attention.…Usually the hook of a song will occur in the chorus,…and is often the title of the song.…Some famous examples include…Michael Jackson's "Beat It,"…or Queen's "We Are the Champions."…Other times, the hook will appear in the verse,…like in Willie Nelson's "Crazy."…The hook can even appear…as an instrumental element of a song,…like Keith Richard's guitar lick in "Satisfaction,"…or famously the theremin…in the Beach Boys' "Good Vibrations."…One of the most iconic instrumental hooks of all time…is the opening four notes of Beethoven's "Fifth Symphony."…(Beethoven's "Symphony No. 5 in C Minor")…Hooks have been used for centuries,…but today's pop music has elevated it to a major principle.…

The hook is essentially your tagline.…It's what you're selling in the song.…And you can be sure that you'll hear the hook of a song…more than a couple times.…