The concept of key 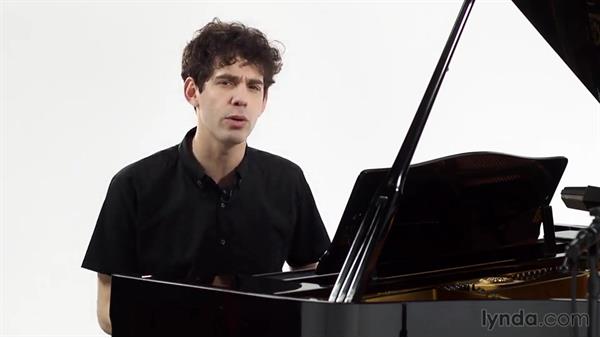 Join Julian Velard for an in-depth discussion in this video The concept of key, part of Music Theory for Songwriters: The Fundamentals.

The word key pops up a lot when people discuss music.…It's used to describe a multitude of things…which makes it a confusing term.…Sometimes you hear people say…a singer or an instrument is off key,…which is a synonym for being out of tune.…Of all the uses of the word key,…this one might be the most misleading.…Being off key is not the same as being out of tune.…You could sing one of the twelve notes…that's part of our tuning system perfectly in tune,…yet not have it belong to a particular song's key.…And even if a singer is attempting to sing…in the right key, they can still be out of tune.…

Many people also confuse key with scale.…While scales are often used within the key,…the key actually refers to the tonal center of gravity,…which is ultimately established…by the chord progressions, harmonies,…and melodies used in a song.…When I play the C major scale, the key is C.…(piano scale playing)…When I arrive on the note C,…it provides a sense of grounding.…

I can stop playing the scale there and it feels complete.…

Video: The concept of key