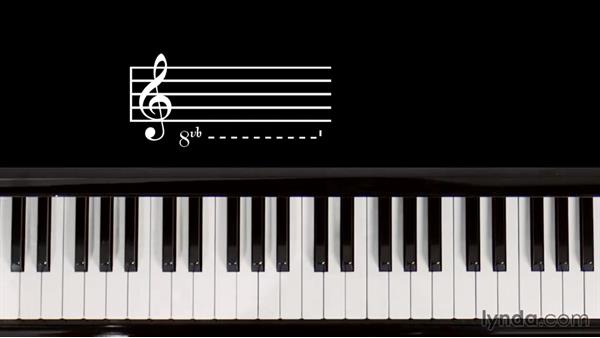 - We've looked at voice leading for major triads…by moving two notes,…so now let's look at voice leading for minor triads…by moving two notes.…We're going to start with A minor this time.…(piano music)…We know that there are three minor chords that belong…to the major scale, the two, three, and six chords.…If we only have an A minor chord to go on,…we can be in one of these three major scales,…G major, where the A minor is the two.…(piano music)…We build the A minor on the second degree.…

(piano music)…We can reach other triads from any of these three keys…just by voice leading a couple notes.…If we take an A minor and move both the third…and the fifth up a whole step, we arrive at D major,…which is the five chord of G major.…Here's an A minor.…We're going to take the third, which is C,…and move it up a whole step to D.…