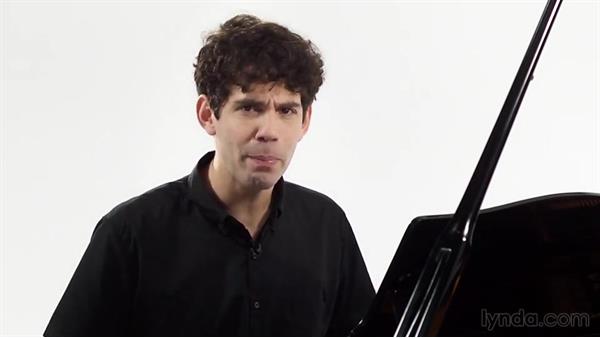 - We've looked at voice leading…a single note between triads,…so let's explore voice leading to,…or even all three of the notes of the triad…to another chord.…To keep it simple I'll only use this technique…to transition between…the seven triads of the major scale.…As we start to use more complex harmonies…the ability to transition smoothly and efficiently…from chord-to-chord will become essential.…We'll find that we can create dramatic shifts…in the listener's sense of the tonic…by moving the notes between chords…in small intervals.…