Voice leading one note between triads 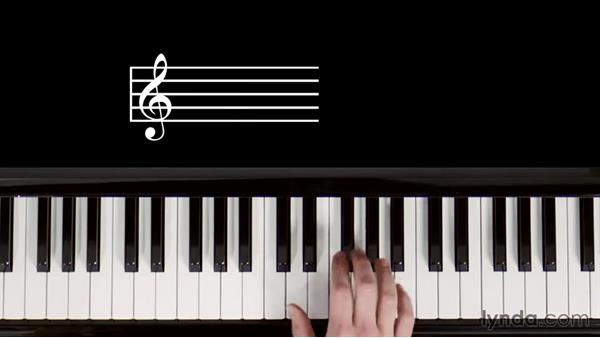 - Now that I've discussed why voice leading is important,…let's put it into action.…I think the best way to start is by taking…the seven major scale triads…and seeing what other chords we can create…by voice leading a single note.…There are countless songs that use this technique.…How many times have you heard this type decending…motion on a piano.…(descending piano chords)…I can hear both Billy Joel's, Piano Man,…and Procol Harum's, A Whiter Shade of Pale…in that progression.…

Or perhaps something with more of an up and down feel.…(upbeat piano tune)…There are thousands songs that use that progression.…Nat King Cole's rendition of L-O-V-E…is one that comes to mind.…Voice leading is not only a way of transitionging…between chords smoothly and efficiently,…ti's a song writing technique as well.…To demonstrate this concept further,…I'll show you a few chord transitions you can…make by moving a single note.…

Let's start off with a major triad.…(piano chord)…Here you see D major tiad on it's own without context.…We could assume we are in the key of D.…